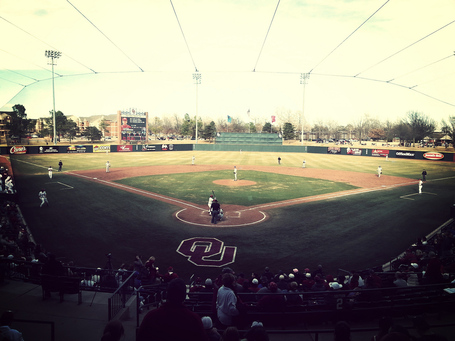 The Sooners down Seton Hall 8-2 on Saturday to record their first win of the 2014 baseball season. Immediately after we were able to catch up with Coach Hughes, freshman Sheldon Neuse and Taylor Alspaugh. Here's the break down of the audio clip.

* Sheldon Neuse on his 3-run blast and the team atmosphere