Share All sharing options for: Sooners Looking To End Skid At UCLA

After dropping back-to-back losses for the first time this season Oklahoma is in need of a bounce back. Perhaps the best candidate to make them forget their recent road woes is UCLA. Not because the Bruins are a struggling ball club or anything, in fact they are just the opposite. Its because UCLA is a really good team who carries a national ranking and a 6-1 home record. A win on Saturday would go a long way towards the confidence of Oklahoma's baseball team. 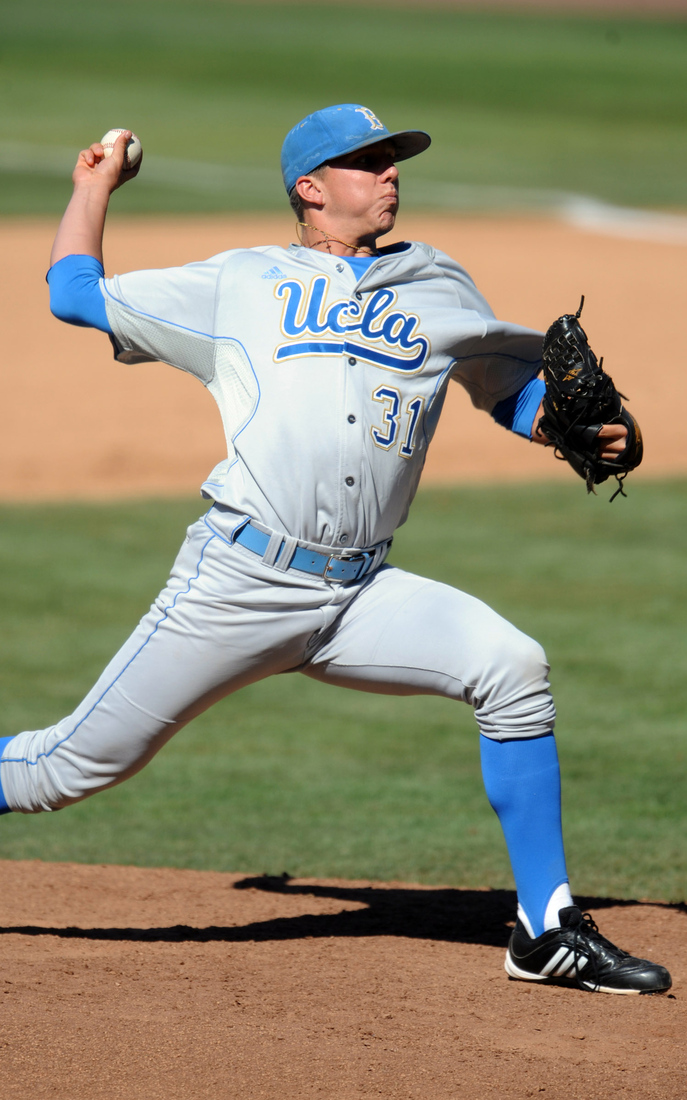 In order to do so they'll have to get past junior pitcher Nick Vander Tuig who is sporting a 1.86 ERA on the season. In 18.1 innings of work he has built a 2-1 record and struck out seven batters. He'll face an Oklahoma lineup that has been far from lethal this week. Over the last 18 innings the Sooners have recorded just four runs which has been well short of the amount needed against the eleven runs they've given up.

Matt Oberste continues to be hot from the plate. He has reached base safely now for seventeen consecutive games dating back to last season. However, he needs the rest of the lineup to get on board with him. This biggest issue over the last two games hasn't been getting on base, it has been getting runners home. Friday night, against USC, the Sooners left eight runners stranded. They struggled in the same area Tuesday against UT Arlington which is an indicator that they are struggling with clutch hitting.

The Bruins enter the game hitting .263 as a team and are led by Kevin Kramer, who is batting .372 with 13 RBI and 20 total bases. Oklahoma's Jonathan Gray will be facing the UCLA line up. He has thrown 19.2 innings this season, building a 2.75 ERA and a 2-1 record. He has fanned 19 batters on the season.

The game will be broadcast on 1400 KREF and on the Sooner Radio Network.