Sooners Blank Aggies 8-0 In Game One Of Series

Share All sharing options for: Sooners Blank Aggies 8-0 In Game One Of Series 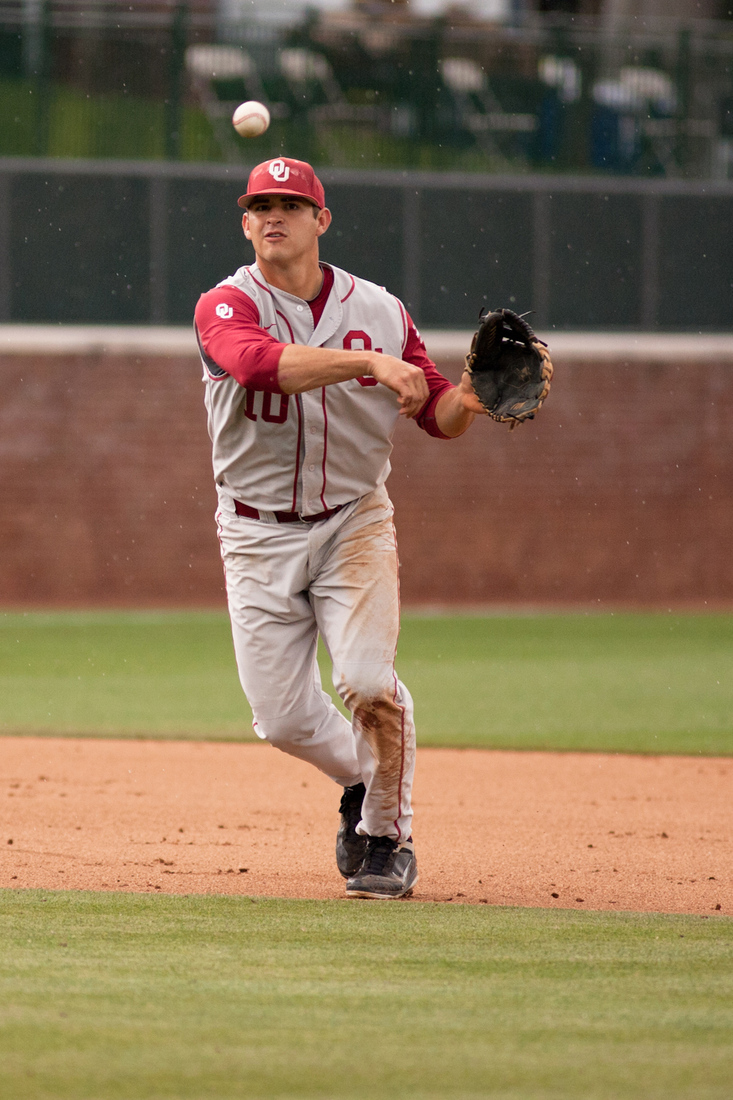 Before last Saturday's 4-0 win at UCLA you'd have to go back to May of last season to find Oklahoma's last shutout victory. Now, thanks to Tuesday night's 8-0 win over New Mexico State, they've done it twice in the last three games. OU's four pitchers only gave up four hits in the game and recorded ten strikeouts.

Starter Drew Krittenbrink only lasted 2.1 innings because of control issues. He struck out two of the ten batters that he faced but also walked four others. Ralph Garza Jr. was the first to come in as relief and he worked the bulk of the game, throwing 4.1 innings. During that time he fanned five batters and allowed just one hit. Jake Fisher didn't allow a hit over his 1.1 innings of work before Kindle Ladd closed out the ninth inning, only allowing one hit.

The game was fairly close through the first five innings. Oklahoma scored a run in the first and then another in the third to carry a 2-0 lead into the bottom of the sixth. The Sooners would plate four runs on four hits in the inning and the Aggies would burn through four pitchers. Kolbey Carpenter, Hunter Haley, Max White and Matt Oberste all scored for Oklahoma, blowing the game open 6-0. The Sooners added two more runs in the bottom of the 8th to get the final of 8-0.

Oberste and Garrett Carey each recorded multiple hits in the game with Oberste putting the ball in play three times and Carey bringing in three RBI off two hits. Oberste's three hits extended his current streak to 20 games dating back to last season. It is the sixth longest hitting streak in OU Baseball history.