The Landry Jones era has come to an end at the University of Oklahoma. While some fans are delighted to see him go, and yet others thankful for his contributions, the truth of the matter is that the impact of Jones' departure won't be fully known until this fall. We'll get our first glimpse of the postJones era this spring as the Sooners' current group of quarterbacks battle to become the next starting quarterback and leader of the offense.

While things aren't completely settled, the race seems to be one player's to lose. A handful of players will be in the mix but the end result will be the player who shows the strongest grasp of the offense, along with the ability to lead and effectively run the plays, being named as a starter. Will that happen this spring? There's a chance but we could also see this battle go through the summer as well.

Blake Bell is already a folk hero at Oklahoma. Already known as the Belldozer for his running style, Bell will have to prove that he can run the full offense with precision passing in addition to his power running style. In two seasons he has completed ten of nineteen passes (52.6%) for 115 yards with no touchdowns and an interception.

Positives: Possesses strong leadership ability and shows an outward passion for the game. Is a strong runner and has proven to be a team player. Has been in the program for three years now. Has two years of eligibility remaining.

Negatives: Has yet to prove his passing ability. Completing accurate passes with consistency, checking down reads and showing a grasp of that aspect of the offense have yet to be seen from Bell due to his limited use. 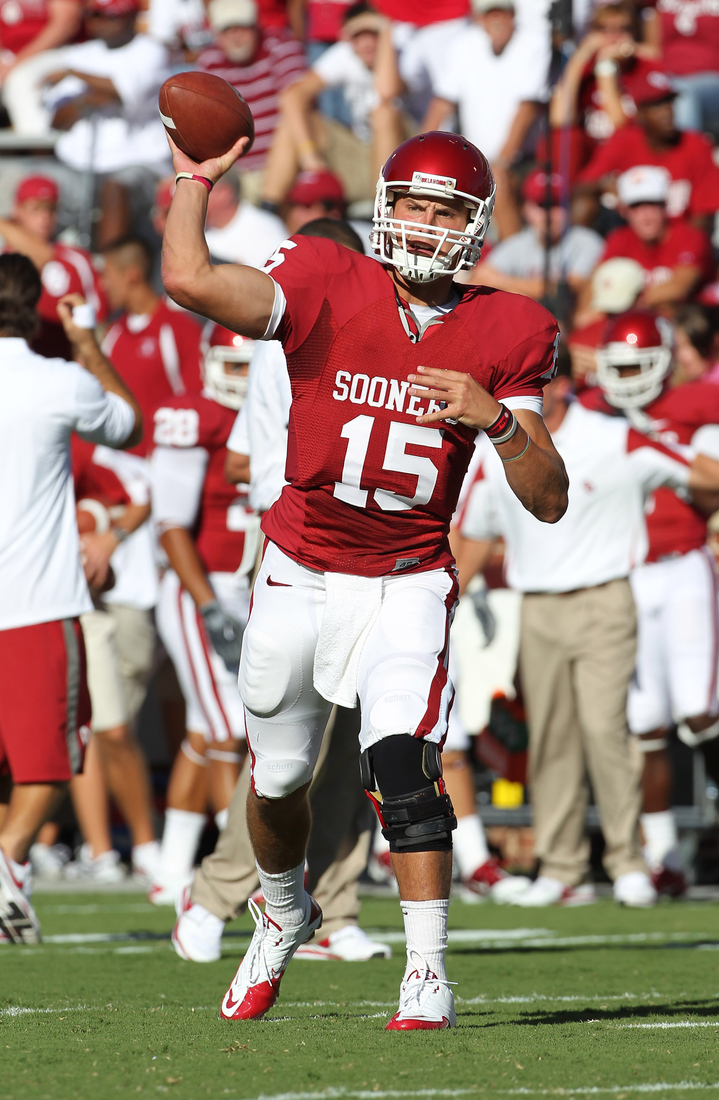 Drew Allen is the most experienced quarterback left on the roster. He has good size a 6-5/226 and may be the most accurate passer that the Sooners have. He has been a career back up to Landry Jones since arriving in 2009. Several factors point to him transferring after the spring if he doesn't win the starting job. Allen has completed eighteen of thirty passes as a Sooner (60%) for 160 yards with no touchdowns of interceptions.

Positives: Is a big body quarterback who has an accurate passer with four years in the program.

Negatives: Only has one year left in the program. If Oklahoma is going to retool the offense then they will most likely look towards a younger quarterback to do so with. He's a pro-style quarterback with limited mobility. Did not attempt a single pass the entire 2012 season.

Redshirt freshman Trevor Knight turned heads last fall while running the scout team offenses. He's not as big as Bell and Allen (6-1/197) but is more athletic with a decent arm. He was the nation's #5 quarterback prospect (per Rivals) coming out of high school.

Negatives: Is completely unproven outside of practices and scout team. Just a redshirt freshman he is several years behind the rest of the competition. 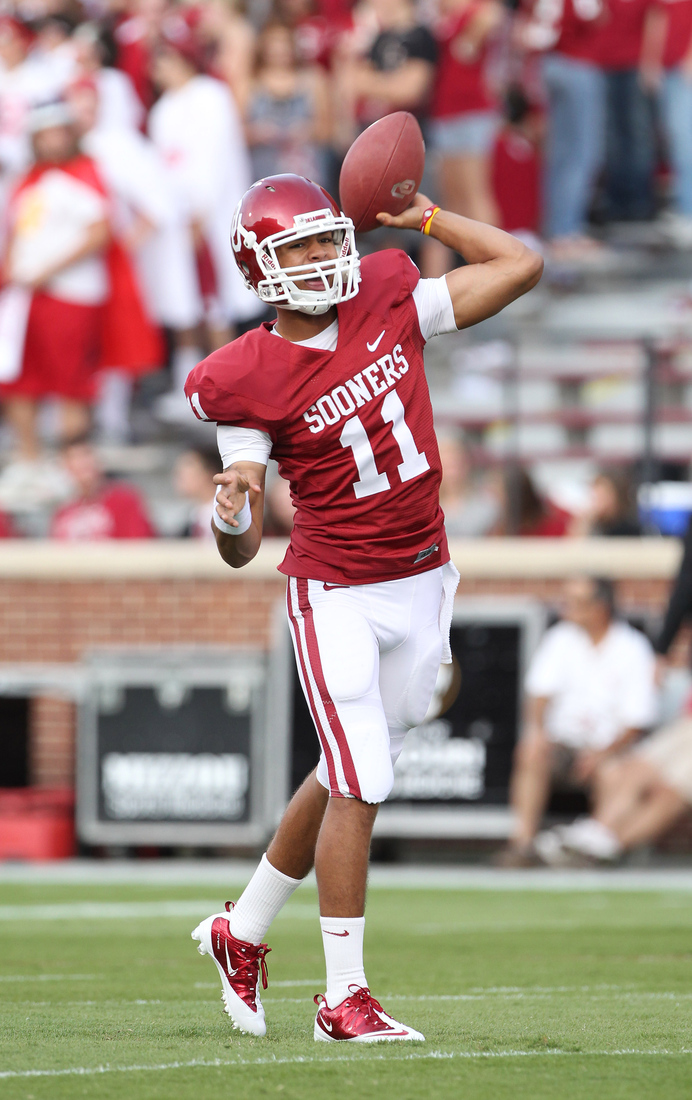 Kendal Thompson has the Sooner bloodlines that could make him a fan favorite but his best chance to get on the field may be at a position other than quarterback. At 6-1/184 he needs to add more bulk to his frame but that may be the only major knock against him. He made several plays in last year's spring game, both with his feet and his arm, including the game-winning touchdown pass.

Negatives: Lacks game experience and doesn't have the size of the other quarterbacks.

This will be the most closely monitored position battle of the spring and possibly the most closely guarded by the coaches. If Bell comes out and is clearly the best of the group then I can see the coaches naming him the fall starter before the spring is over. However, if the competition is close then I wouldn't expect to hear a whole lot from the coaching staff in the area of substantial information until the fall.