The Oklahoma men's basketball team is preparing for a road trip to Texas Tech on Wednesday night before hosting Baylor at the LNC on Saturday. As we walked into the arena for practice the first thing that got my attention was how quiet it was.

This was the first time I had attended practice since the injury to Buddy Hield and I have to say, there was a noticeable difference. There was a lot of effort by the players on the court but there was no chatter among the players on the floor and hardly any encouragement. Once Hield showed up and sat under the south goal things changed dramatically. His encouragement and coaching from the sidelines juiced up the place and the intensity of practice went to an entirely new level. (Click On Any Of The Photos Below To Enlarge) 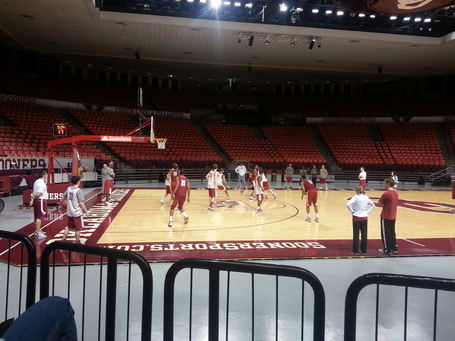 If I were to guess, I would say that based on what I saw today your Wednesday night starters will be Romero Osby, Amath M'Baye, Steven Pledger, Isaiah Cousins and Je'lon Hornbeak. That would mean Sam Grooms (18 points Saturday in the Bedlam game) is still coming off the bench. 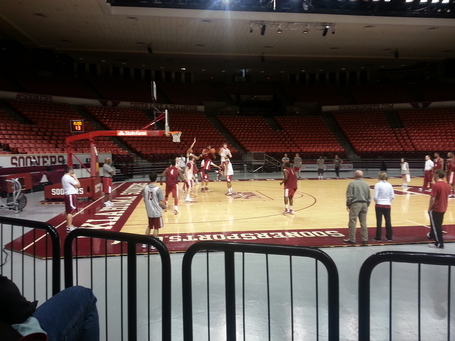 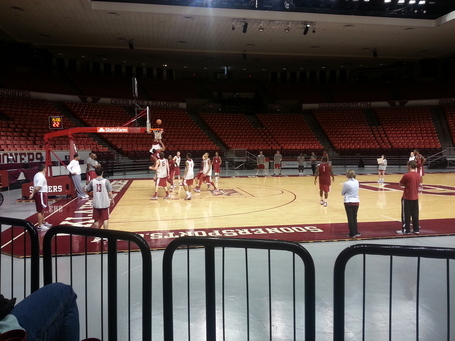 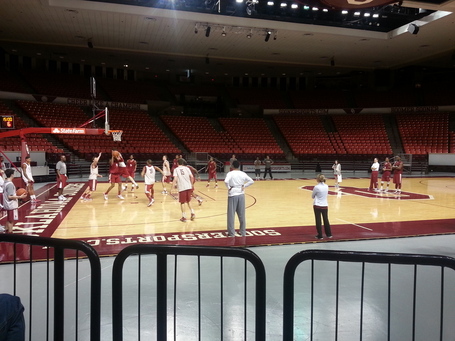 Rebounds aren't always easy to come by in games and they're sure not easy in practice either. 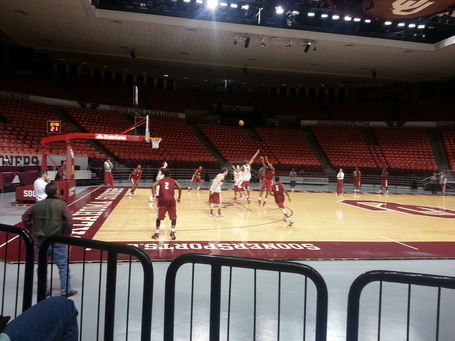 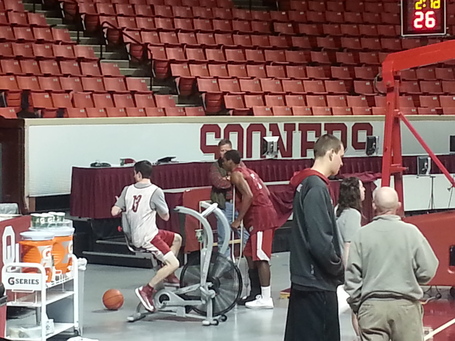