Britt Smith has a good thing going! Entering into his tenth season as the skipper of the Howard College Hawks he has coached 15 NJCAA All-Americans. In 2009 Howard College won just their second ever NJCAA national title after pulling of a perfect 54-0 regular season, and a 63-1 overall, record. Over the last four seasons (2009-12) he has guided his team to a 112-16 record in conference play and has won an unprecedented four consecutive conference titles.

"It always seems to make you a better coach when you have really good players in your program," Coach Smith commented, proving that humbleness is another one of his characteristics. While its true that he's enjoyed some outstanding talent during his tenure at Howard, the coaching staff still deserves the credit for recruiting, developing and then sending that talent on to the NCAA's...especially to Oklahoma.

Former Sooners Zach Neal, Tanner Toal and Burch Smith are just a few of the players that Smith has sent to Oklahoma to play baseball. However, his greatest contribution to the OU baseball program will be this spring when five of his former players will take to the field for the very first time in an Oklahoma uniform.

"I think that is the most to one program in a single year but we have sent a bunch of guys to OU in the past," Smith said. "Zach Neal, Anthony Collazo, Tanner Toal, Burch Smith and Tyler Ladendorf signed with OU but was the 60th overall pick in the draft and never attended."

Of the five guys Oklahoma landed, three of them pitched at Howard and two of them played the field and who better to give us a scouting report on them than their former junior college coach. That's exactly what Coach Smith did for us on Thursday afternoon when he took the time to give me the lowdown on all five guys.

Kyle Hayes came to Howard College via San Diego State and Robert Tasin by way of Texarkana College. Both players suffered injuries in 2012 but were able to make contributions to the team, particularly Tasin who posted a 3-1 record and seven saves with a 1.98 ERA. 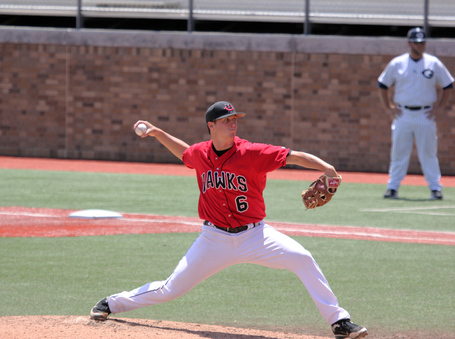 "Hayes and Tasin, unfortunately for us, were injured most of the season," Smith said. "However, in the games they were able to play, both were impact performers on the mound for us. They both have above average arm strength with plus movement. Hayes has heavy sink and a plus change up."

Left-handed junior pitcher Ethan Carnes showed some serious potential at Howard College. In 2012 he posted a 6-1 record, as a starter, with a 3.81 ERA. He struck out 61 batters, opposed to 22 walks, in 56.2 innings of work last season. 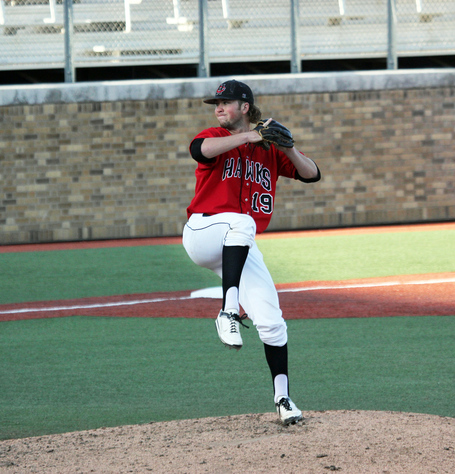 "Carnes was a rotation starter for us last year and when we played defense behind him he was really effective," Smith told me. "He would pitch 89-92 with good sink and would flash a plus breaking ball at times. He developed a good feel for the change up last year and had the ability to throw it in any count."

In addition to quality arms, the Sooners also picked up some offensive punch from Howard College in the way of outfielder Colt Bickerstaff and Hector Lorenzana. Both could be in the starting lineup this evening with Lorenzana penciled in at shortstop and Bickerstaff battling for the starting right field spot.

"Colt Bickerstaff was an impact bat in our line up and really matured as a hitter in his year at Howard," Smith said. "He developed more plate discipline and his average and power numbers really increased. He has pro power and when his approach is solid at the plate he will be a solid middle of the line-up hitter at any level." 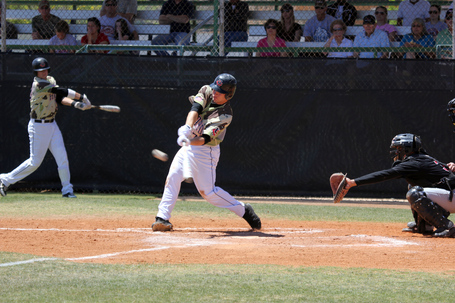 With offense being a bit of a question mark going into this season, both players will be on the field if they can contribute at or near the level that they did at Howard College. Bickerstaff was a .356 hitter with 19 doubles, 7 triples and 5 home runs to his credit.

"Hector Lorenzana was our best offensive player at the end of last season, Coach Smith added. "He showed the ability to hit for average and power. He was a consistent defender that could play multiple infield positions. He is another guy that, when his approach at the plate is good, has the ability to hit for any team in the country." 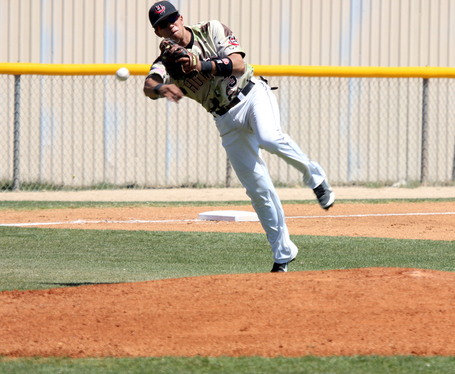 Replacing a team captain isn't ever easy but Lorenzana seems right for the job as he is set to take over the shortstop position left vacant by Caleb Bushyhead's graduation. He hit .380 in high school and then duplicated that same batting average during his two seasons at Howard where he also posted a .404 on base percentage and an impressive .898 fielding average.

Oklahoma hasn't won a conference title in baseball since 1995. Going into the season they are the overwhelming favorites (as voted on by the conference coaches) to win the title in 2013. In order to do so head coach Sunny Galloway is going to have to rely on new talent at multiple key positions while blending them with veteran leadership from other positions. If there were ever five guys who knew how to do that, and accomplish what is needed to win a championship, its the guys from Howard College. Thanks to their time with Coach Britt Smith, winning is all that they know.