I'm not able to take advantage of Lon Kruger's offer of opening up practices to visitors as much as I'd like to be, but I do make a fairly regular habit of finding a seat in the LNC or the practice gym to watch the team prep for their next opponent. While there isn't a lot to glean in the way of inside knowledge from attending practice, you do get the opportunity to pick up on the personalities of many of the players, as well as the coaching staff.

I've gained a tremendous amount of respect for assistant Steve Henson for the way he coaches the players. A former player of Kruger's, Henson has been by the coach's side since playing for him at Kansas State. Now, he often leads out in practices and has invested a lot of time in getting Oklahoma's freshmen up to speed. Often times Henson will coach one squad in practice, and Kruger the other, as the team scrimmages.

I thought that you guys, our loyal readers, may appreciate seeing a few practice photos from Thursday's practice. 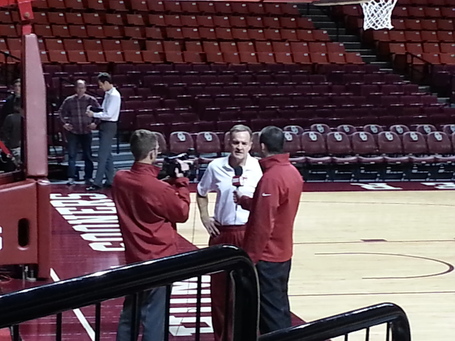 Coach Kruger interviews with the Sooner Sports TV after practice 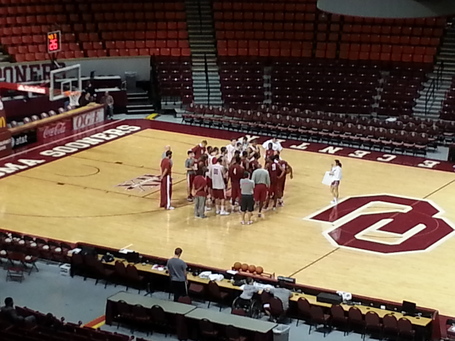 Team huddles at the end of practice 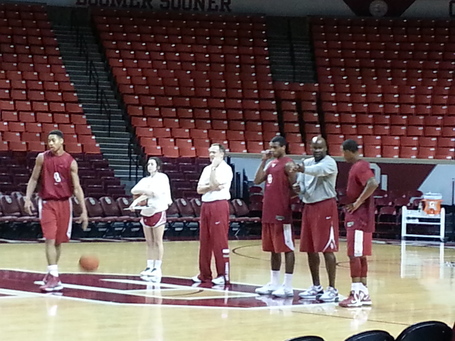 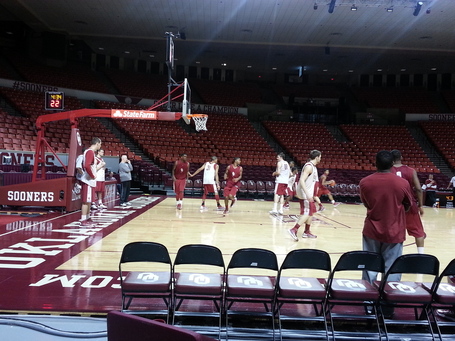 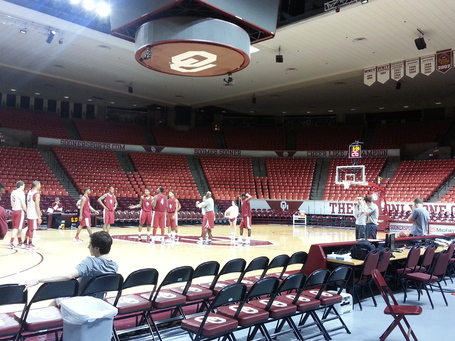