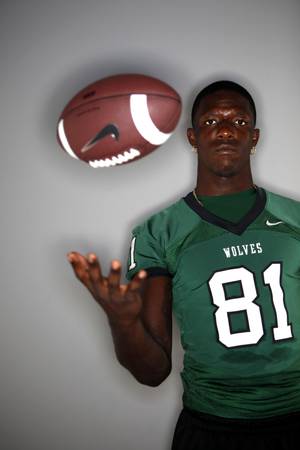 Defensive end Michael Onuoha couldn't quite wait until Wednesday to announce that he was going to be a Sooner. He made his announcement late Tuesday night via Twitter that he was heading to Norman to play his college ball. Rivals has the 6-5/225 Onuoha as a three-star recruit. The Sooners got in late on him but he also received offers from Arkansas, Houston, Kansas, Kansas State, Missouri, SMU and Tulsa. His final choice came down between the Sooners and Missouri with many believing the Tigers had the edge. However, Oklahoma was able to sway him over the weekend when they made their final recruiting push.

Onuoha becomes the third recruit to commit to Oklahoma since the weekend - joining tight end Sam Grant and corner Zack Sanchez. He's also the third defensive end commit the Sooners have nabbed in the 2012 class with Chaz Nelson and Charles Tapper being the first two. He'll officially submit his LOI at a signing ceremony on Wednesday afternoon at 2:30 (CST).

Stay with Crimson And Cream Machine throughout the day for the latest National Signing Day updates.