Terry Evans talks with CCM about returning to Norman to coach against his former team. 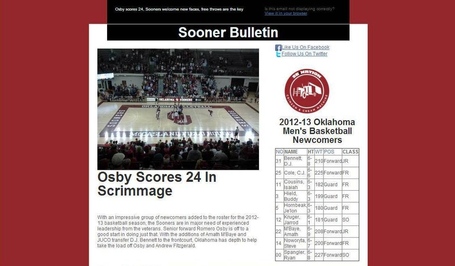 If you missed last week's basketball bulletin, you for sure don't want to miss this next one. Not only will be be breaking down Oklahoma's next two opponents but we also have an exclusive interview with former Sooner guard, and current UCO head coach, Terry Evans. I had the opportunity to visit with Evans about his return to Norman, where he was a star form 1990-1993, and let's just say that he's excited about his return to Norman. Check out his response when I asked him his thought on playing in the Field House.

The basketball bulletin is a free weekly publication, that goes out via email, and helps keep OU hoops fans in the loop. Don't miss out!