Friday Locks: We Have Some Thoughts On Stanford/Notre Dame

Share All sharing options for: Friday Locks: We Have Some Thoughts On Stanford/Notre Dame

Of course the big game this week is OU/Texas but since making a pick on that game would be bad mojo, apparently weighing in on Stanford at Notre Dame instead. The last time Jordan and I stood against Rich on a pick we were beaten win ULM scored a late touchdown on Baylor.

Congratulations to Jordan for evening up his season record last weekend! Here's our picks for this weekend. 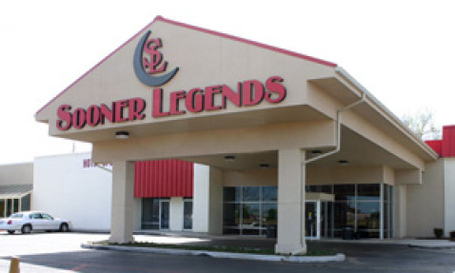 WVU (-3.5) @ Texas Tech - I know Vegas knows things. Many, many more things than I know. But for the life of me I can't figure out how this line is that low. Lubbock is the only conceivable reason I can come up with and while no one needs to remind OU fans that strange things can happen there, I just don't see it. WVU is too good. Even for Lubbock.

Stanford (+7.5) @ Notre Dame - I'm not going to go so far as to say Stanford wins outright, but give me the points as ND fails to cover. Stanford is easily the best defense the Domers will have faced so far this season and I'm not sure how that offense holds up against a very physical Stanford team.

Louisville (-3) @ Pittsburgh - The Panthers have burned me twice this season but I'm going to go after them one more time. They are home hosting the best team in the Big East and I'm saying that the Cardinals win by at least a touchdown.

Stanford (+7.5) @ Notre Dame - The last time Jordan and I, together, picked against Richard he beat us on a back door cover. Not gonna happen this week though. Stanford covers and has a chance to win this game in the fourth quarter.

Baylor (-8.0) vs TCU - Baylor has shown us they are capable of scoring at will when they played WVU in Morgantown. Now, with Pachall out for the remainder of the season, TCU has little chance of slowing down what Nick Florence and Co. bring to the field.

West Virginia (-3.5) vs Texas Tech - I'm not sure if the people setting the spread watched WVU @ Texas. Maybe they have never heard of players like Geno Smith, Tavon Austin, Steadman Bailey, or Andrew Buie...

Notre Dame (-7.5) vs Stanford - this is a bit of a risky pick with the .5 attached. Tommy Rees has had to save the day on multiple occasions for Everett Golson. Still, I like this physical defense of ND as the most points allowed against them has been 17. Look for them to limit what Stanford can produce on the ground to seal a victory.