What to Expect: OU offense vs. Ball State defense

Share All sharing options for: What to Expect: OU offense vs. Ball State defense 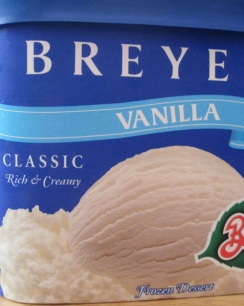 Well that was easy.

I could sit here and tell you a bunch of things you already know or try and convince you that Ball State is going to challenge OU Saturday night.  I could lie to you and say you'll see OU experiment with some things on offense.  If you thought they were vanilla leading up to this game and are expecting anything other than a giant sized scoop of the same Saturday night, I'm afraid you'll be massively disappointed.  But I'm pretty sure you already know this.

With all due respect to Ball State and any of their fans who may be checking us out this week, I just don't think anyone here is buying that.  Now I could argue that OU didn't get up for their game last week, has failed to do so even at home against lesser talented teams (Utah State, UAB, Washington, among others) than the one Ball State will bring to Norman, but I still don't think they'd hear me.  Is it beyond the realm of possibility that Ball State could come in and win Saturday night?  No, it isn't.  Are the odds heavily in favor of that not happening?  Yes.  And with that, we'll get started.

Given the nature of this game that we just discussed, I've decided to take a different approach to this week's What to Expect.  Instead of the normal format, we're going to take a "What we better see" approach instead.  We'll be doing it under the premise that OU should come out and do as they are expected to do, meaning the game should be well in hand come the second half.  So keep that in mind as you read through these.  As always, we want to hear your feedback in the comments.

We better see - Blake Bell somewhere other than on the sideline.  He's got no redshirt to burn, used it last year.  We've already seen what Drew Allen can do in mop up duty.  Bell has never had a chance in an actual game to get some live snaps.  This won't, in any way, determine his future or get him the #2 spot over Allen, but it's high past time this kid gets a chance in an actual game.  Even if they insist on playing both him and Allen, that's fine I don't care.  But if they get a comfortable lead and he doesn't see the field, I'll be very surprised and incredibly disappointed.

We better see - Roy Finch get more than three touches.  That's actually rounding up for the number of touches he's averaging through the first three games.  Probably not a stat that would surprise many of you here, but to actually see it on paper (or a computer screen as it were) is incredibly alarming.  As many plays as this offense runs, or at least used to run before Heupel's refusal to use the hurry up, it's hard to believe they can't find more than three touches for a kid with his talent.  This could finally be the game where he breaks out and forces his way into this offense.  At least that's what so many of us here are hoping for anyway.

We better NOT see - Brandon Williams.  Little different approach with this one.  Admittedly, this one is definitely more personal preference.  I just don't see the point in holding this kid out through a quarter of the season, playing him Saturday night, then giving him what is surely to be a handful of snaps (at best) for the rest of the season, and effectively wasting a year of eligibility.  If you can believe Stoops, they have not made a decision to redshirt him.  He said Tuesday at his weekly presser that they still have every intention to play him this year.  If he doesn't play Saturday night, there is virtually no chance of him playing against Texas, so then he's sat out five games and I'm sorry but playing him after that would just be stupid.

We better see - Plenty of Kameel Jackson, Justin McCay, and Sheldon McClain.  We've seen Jackson at times, but Saturday night will hopefully be an opportunity for much more extended playing time.  McCay and McClain are both guys we've never seen in a game and both guys who also don't have a redshirt to burn as they used that last year.  There was talk of McCay playing last week, but even with Stills and Franks out the score likely prevented him from ever getting a chance against Mizzou.  Both McCay and McClain have drawn praise from their position coach, Jay Norvell, at times and should expect to see the field Saturday night.  Hopefully both can make a positive impression in what would be their first ever college football game.