Share All sharing options for: OU vs. Mizzou - A new rivalry for the Big 12-2

So I was reading a blog post from an excellent writer, Dave Matter, over at the Columbia Daily Tribune and he addressed something I thought would be worth discussing here as well.  In his post, he posed to interesting questions from the perspective of a Mizzou fan (or at least someone who covers Missouri on a regular basis).

Much like he did, I'll address question #2 first then move on to the recruiting aspect but I'd be even more interested to hear what you all think so jump in on the comments and don't hold back.

So, in my opinion, both are very interesting questions both from a Mizzou perspective and from an OU one as well.  Matter quickly acknowledges that Kansas is still Missouri's "most historic and hated rival" and always will be, but also points out that Kansas isn't really a equal measuring stick for Mizzou right now.  I'd be hard pressed to disagree with that comment and I think even an honest KU fan would have to agree as well, plus the talent gap between the two schools is fairly wide and only growing in Mizzou's favor as the KU football program is not exactly thriving at the moment (at least in terms of on-field success).

So now that Nebraska has jumped ship to the Big 10, Mizzou is looking for a replacement for their "measuring-stick rival" as Matter put it.  So I ask you OU fans, do you believe the Sooners have taken on this role?

The discussion continues after the jump.

Personally, given how many times we have played Mizzou in the last couple years, I would say absolutely.  Now don't confuse that as me saying Mizzou is now our "big rival."  I've always found it interesting that at one point in time, OU was the "biggest rival" for no less than three other schools (Okie State, Texas, and Nebraska).  I always felt like that was more almost any other school (most, in my opinion, could only claim two at the most), but were getting off topic.  So back to the original point, Matter and I agreed on this topic.

Now, he does bring up several points that somewhat hurt his argument for OU and simply cannot be ignored (mainly because it's just fun to remind ourselves just how dominant we've been over this team).  Missouri hasn't beaten OU in back-to-back years since 1965-66 and have gone just 5-33 against the Sooners since then.  Pinkel has only won once against OU during his time at Mizzou (hey, that's one more win than Mike Gundy has!) and while that one win was a big one (at least for their program) on national television, it's going to take more than one to truly earn this match-up "rivalry" status.  That said, despite having only the one victory against OU, Pinkel's squads have had loads of talent on both sides of the ball in their match-ups and have been a very worthy opponent.  Last year's win was no fluke, I was at that game, and I can tell you Mizzou was most definitely the better team that night.

However, with the new league format Mizzou and OU will now get the chance to meet up on a yearly basis and that could quickly lead this into more of a true rivalry game.  However, there is also the chance that having to face every former South team exposes Missouri a little bit rather than being able to just beat up on the North and a very weak non-con schedule.  Add in the fact that the Sooners and Tigers are battling much more often off the field as well as on and it only lends itself to this becoming more of a heated rivalry.  And that will lead us into Matter's first question.

It is no coincendece that he poses this question shortly after OU secured the verbal commitment from St. Louis area WR Durron Neal.  We, as OU fans, are familiar with just how well the Sooner coaches have been recruiting the MO/KS area in recent years, repeatedly pulling the top kids from both states.  We'd like to personally thank Mizzou for not using a fullback in their offensive scheme and allowing us to steal Trey Millard.  Seriously though, along with Neal OU and Mizzou are both battling over #1 overall 2012 recruit and Springfield, MO WR Dorial Green-Beckham as well as #1 QB prospect Gunner Kiel.

So in losing Neal to OU not only do they lose one of the top recruits from their own backyard, they also have to deal with the perception of losing a hometown kid to their new rival.  I don't think it's a stretch on my part to say MO high school football isn't quite on the level of a say, Texas.  So if you have an elite talent like Neal or DGB in your state, it is imperative that you keep them inside state lines.  If you don't follow recruiting at all, you might think the perception of losing Neal really isn't that big of a deal.  However, if you had read most of the comments he gave after choosing OU over his home state Tigers you'd know that perception can play a very large role in recruiting.  Neal repeatedly mentioned all the championships OU had won and playing in BCS bowls, both of which Missouri has never done under Pinkel.  For all the strides they have made, Missouri is still nowhere near OU's league when it comes to winning the big games.  I mean when you're having these made up, how seriously can we really take you? 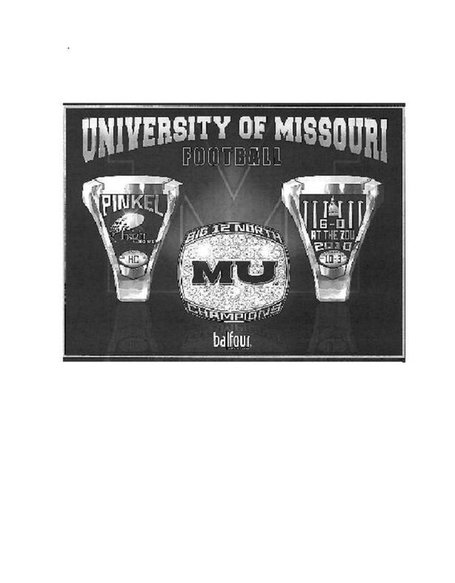 It would be naive to think that OU's success against Mizzou in recent years (2010 excluded obviously) played at least some role in securing Neal's commitment, getting Millard, Dan Tapko, and several other kids from the MO/KS area.  The simple fact of the matter is perception is the reality when it comes to recruiting 16-18 year old kids and if Mizzou wants to make some real head way off the field against OU, it needs to put together consecutive wins against the Sooners more than once every 45 years.

So I'll admit I took a couple shots at Missouri in here, but it's all in good fun and not meant to take anything away from what I thought was a very interesting topic by Dave Matter's blog post.  I think ultimately this boils down to whether or not Mizzou fans consider OU to be their new on and off the field rival, not necessarily whether OU fans do or do not.  Hopefully we can get a couple Mizzou fans over here to weigh in as I for one would welcome their opinions.

I look forward to this (hopefully) leading to some friendly conversation, almost as much as I'm looking forward to our revenge match-up this September in Norman!