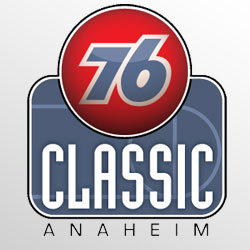 The Billikens shot an amazing 57.7% from the floor in the first half and incredibly they improved on that to 63.6% in the second half. They literally couldn't miss and when 9 of their made baskets came from long distance they piled up the points and extended their lead pretty quickly. Cody Ellis was 4-5 on three-point shooting for SLU and the Billikens' Brian Conklin was named tournament MVP after his 25 point finale against Oklahoma.

Cameron Clark and Romero Osby led Oklahoma in scoring with 14 points each but Osby was 6-13 from the floor and Clark was 7-14. Steven Pledger made the all-tournament team but struggled from the floor on Sunday night with a 4-13 shooting performance.

Even with Sunday's loss you have to be proud of this team's accomplishments. I'm convinced that there's no way they would have made the championship game with last year's squad. Coach Kruger has taken this team a long way but he still has a long way to go with them as well.

The Sooners are back in Norman this Friday night to take on Sacramento State. Game time is at 7:00.