Oklahoma's Kenny Stills can hurt an opposing in a couple of different ways. He's second on the team in receptions with 47 catches for 685 yards and 8 touchdowns. His 14.6 yards per catch average gives opposing defensive players a lot to think about but if that weren't enough there's something else he does that should be in the back of every defender's mind as well.

Stills is one of the most vicious blockers on the team and specializes in taking out defenders in pursuit of the play. Everyone remembers him destroying Blake Gideon in this year's RRS and then there was that poor Colorado defender who thought he had a bead on Ryan Broyles last season. Now you can add Iowa State's CJ Morgan to his list of victims. Morgan was in pursuit of Roy Finch when he ran into #4. 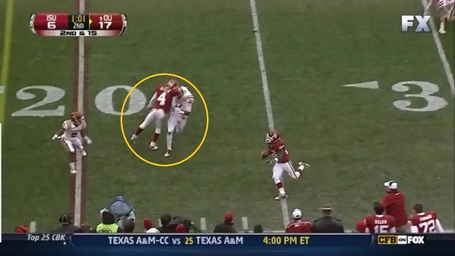 Before anyone jumps on their high horse and says that Stills should have been flagged on this play for targeting here's the initial hit that clearly shows the contact is shoulder to shoulder and Stills doesn't launch. Its the perfect angle for a decleater. 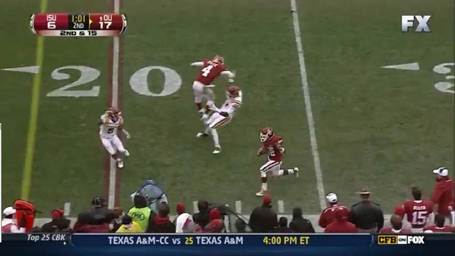 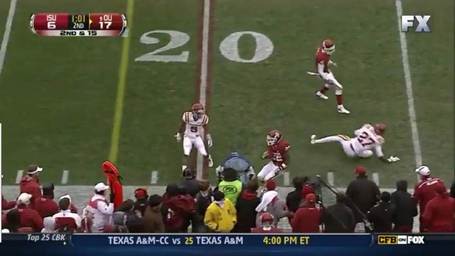 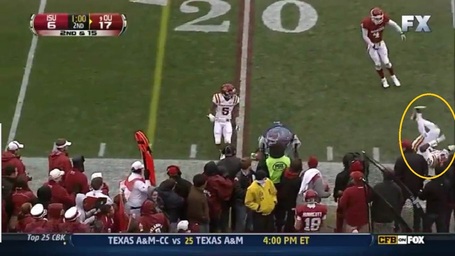 And that's just another reason why we love Kenny Stills.