Texas Coaches: A Peek Inside Insanity

Share All sharing options for: Texas Coaches: A Peek Inside Insanity

Somewhere in the back rooms of the Texas football complex, behind the infamous wall that held the asterisk, sits the coaches' conference room where Greg Davis, Will Muschamp and Mack Brown discuss Saturday's game plan for the Red River Shootout. My best guess is that the meeting went something like this.

Brown: "Good afternoon gentlemen. Lots to get done this afternoon so Coach Muschamp please wake up Coach Davis. Looks like he fell asleep watching game film of his offense again."

Davis: Flinching and covering his head while leaning forward in his chair. "I'm sorry. Please don't hurt me."

Brown: "Despite what happened last Saturday we have tons of reasons to be confident going into this weekend's Red River Shootout. This is a series that we've dominated over the last decade by winning four times." Muschamp turns his head sideways and squints but holds his tongue while Davis spreads his hands out in front palms, palms facing him, and counts to four, leaving six fingers up. Scratching his head he begins to speak but is interrupted before he can get started by a knock on the door.

Tre` Newton: "Sorry to interrupt. Coach Davis, I just wanted you to know that I'm ready to go on Saturday. If you give me another chance to start I promise I won't let you down."

Brown: "Ok Tre` thanks. Oh, and for the record you're my favorite Longhorn running back."

Newton: "Thanks, Coach! I'll see you at practice" Points his index finger at Brown like a gun and drops his thumb down like the gun was firing to which Brown puts his hands over his chest and spins around in his chair.

Brown: "As I was saying, we're clearly the best team going into this game. We're number one right now and undefeated..."

Davis: "I'm gonna hate myself for asking this...but what? In which world are we undefeated or even number one?"

Brown: "Gentlemen, in front of you is your game information sheets. Coach Davis would you please look at the Big 12 South standings and tell me which team is at the top of the standings?"

Brown: "Coach Muschamp, would you please read our conference record?"

Cody Johnson: "Sorry to interrupt. Coach Davis, I just wanted you to know that I'm ready to go on Saturday. If you give me another chance to start I promise I won't let you down."

Brown: "Ok Cody` thanks. Oh, and for the record you're my favorite Longhorn running back."

Johnson: "Thanks, Coach! I'll see you at practice" Pounds his chest twice and flashes the peace sign to which Brown returns the same gesture."

Brown: "Alright gentlemen, we've established that we're the top team going into the weekend. So now you guys tell me how we'll look the part. We'll start with you, Coach Davis."

Before Greg Davis can start there's yet another knock at the door.

Receptionist: "Coach Brown, I'm sorry to interrupt but that UPS package you've been looking for just arrived." She brings the package and places it on the conference table.

Brown: "It's a glorious day! Fellas, this is my Halloween costume. I've decided that this year I'm going as Roscoe P Coltrane. The lady at the costume store said that I was a natural." 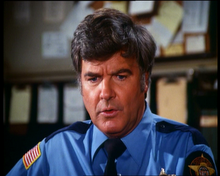 Both Muschamp and Davis provide a blank stare followed by awkward silence.

Brown: "Back to you, Coach Davis"

Davis: "We're going to use our power running game to set up the passing game. Once we draw them up to the line of scrimmage then we're going to go over the top of them. They won't know what hit them..." Another knock at the door. "Come in."

Fozzy Whittaker: "Sorry to interrupt. Coach Davis, I just wanted you to know that I'm ready to go on Saturday. If you give me another chance to start I promise I won't let you down."

Brown: "Ok Fozzy` thanks. Oh, and for the record you're my favorite Longhorn running back and Muppet."

Whittaker: "Thanks coach." Rolling his eyes. "See you at practice."

Brown: "That's a great game plan, Coach Davis. We've got an All American caliber quarterback who is legitimately a Heisman caliber kid and a strong stable of backs. I think it'll work."

Davis: How about you stop putting pressure on my offense to score by teaching your defense how to wrap up...

Muschamp explodes from his chair, throws his clipboard down and sticks his finger in the chest of Davis.

DJ Monroe: "Sorry to interrupt. Coach Davis, I just wanted you to know that I'm ready to go on Saturday. If you give me another chance to start I promise I won't let you down."

Monroe: "Whatever. You know you need me. I'm DJ Monroe, I play football for the Longhorns!" Slams the door closed but there is another knock

Receptionist: "Sorry but Coach Muschamp you have an urgent message from the University of Georgia. They need to speak with you immediately. University President Michael Adams left his personal number." She scurries over and hands Muschamp a piece of paper before bolting the room.

Brown: "Men, we are the pride of Texas. This isn't A&M and it certainly isn't Tech. We don't have infighting and we encourage one another at all times. Besides that, my house is better than Bob Stoops'"

Davis: Do you have any idea why you have to yell and cuss all the time? For crying out loud, my ears are ringing and my vocabulary is shrinking.

Brown: "Alright, I've had enough. Just do what you do and make it look good on Saturday. I've got a costume to go try on."