"Should OU Be Following Texas Blindly?" And Other Realignment Hullabaloo

Share All sharing options for: "Should OU Be Following Texas Blindly?" And Other Realignment Hullabaloo

UPDATE - MY QUESTION IS A MOOT POINT:

But the question-du-jour is whether or not that is the correct thing to do? Does OU have to lump itself in with Texas and blindly follow? I think not. My original story on conference realignment suggested that I thought that OU would follow either one of its rivals, but I've been having a debate in my head for the past few days wondering whether or not we should be following Texas. What do you think?

Today we saw a major shift in the realignment talk from Oklahoma, Oklahoma State, Texas Tech, and Texas all moving to the Pac-10 Conference, to the Big 12 suddenly being saved. The lynch-pin here seems to be the offer to conference big-shot Texas, especially in regards to television deals. Apparently Commish Beebe has decided it prudent to allow all schools in the "new" Big 12 to pursue their own networks, as well as negotiating a major television contract. This is a potential boon for the Longhorns, who experts have projected could earn $3 MIL to $5 MIL annually from a University of Texas sports network.

Texas was meeting Monday with the other remaining nine schools in the Big 12 about a TV deal included in a plan put together by Big 12 commissioner Dan Beebe that would keep the league intact with its current programs, according to multiple reports.

Texas stands to earn between $20 million and $25 million annually in television revenue in the reworked deal, including money from its own network, according to Orangebloods.com.

"Things are trending in a favorable direction for the Big 12 today," a Big 12 athletic director with direct knowledge of the negotiations told The New York Times on Monday. "It looks like Texas is getting ready to commit to the Big 12.

"They're going to make a long-term commitment and basically accept the Beebe television proposal."

The Longhorns network figures to generate between $3 million and $5 million, according to the Orangebloods.com report. Because the Big 12 has unequal revenue sharing, the deal will mean more money for Texas, Texas A&M and Oklahoma, who all would receive at least $20 million annually from the new deal.

The other seven schools in the Big 12 would make between $14 million and $17 million, doubling what they currently receive in TV revenue.

First, where is Beebe getting this television contract from? Which network is stepping up to the table to offer that kind of money, especially for a 10-team league that just lost one of its more popular members (Nebraska) and one of its biggest TV networks (Denver, Colorado)?

Second, will the smaller schools actually go for this? It only takes one or two of them to get peeled off to change the landscape. Oklahoma State and Texas Tech still have invitations to join the Pac-10. If the Big Ten ever comes calling Missouri again, does anyone think that Missouri would hesitate to make the jump?

Third, I have a problem with this offer from Beebe because it was tailored to, and pitched exclusively to Texas, who is now trying to convince everyone to stay because it's a sweet deal for the Longhorns. And, to top it all off, we were enablers by admitting that we would follow Texas wherever they went. We essentially set up the power grab for our rivals south of the Red, and that burns more than just about anything else.

Texas Is The Prize

Don't expect the Pac-10 to go down without a fight. They are sitting with 11 teams, and they probably have Utah as a backup plan, but Texas is clearly the #1 option. The Pac-10 showed up, extended invitations, and everything was looking great until Beebe stepped in. Because of the revenue and interest that Texas generates, and because all the other Big 12 schools have elevated Texas to "other worldly" status via their words in the press, Texas is the jewel of the fight here, and the Pac 10 is unlikely to just let it slip through their fingers.

Where Do We Stand?

Well, if what's being reported is correct, we're just sitting around with our thumbs up our you-know-where, waiting for Texas to call the shots. Excuse me while I chase that horrible taste out of my mouth. Does anyone know if any of the Big 12 schools trust each other anymore? There's been so much rumor, and innuendo that I don't know what to believe any more. And on top of it, pretty much every team has indicated interest in moving on beyond the Big 12. We've already driven some wedges between certain schools, will a new Big 12 conference stick around to last? It's like a CIA movie where everyone kind of works together but at the same time you're hiding behind the bushes listening to the other guys' meetings. 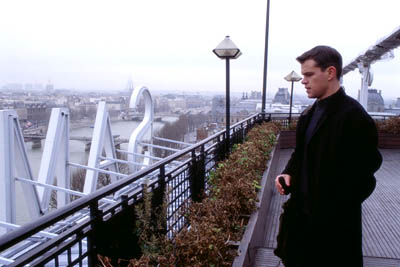 Maybe we should call in Jason Bourne for some extra intel?

It sounds like Texas is going to act in their own self interest, and take the deal Beebe is offering. And does this really work out poorly for OU? Well in the financial sense, concerning only television deals, it actually works out quite well because we're in the chosen three (Texas, A&M, OU) who will be earning anywhere from $3-9 MIL more than the rest of the schools in the conference. But, in a competitive sense, we become what the Big Ten used to be. The rest of the country will be making jokes about an easy run through conference play, being able to skip the conference championship game, etc. In a time where the rest of the country seems to be pushing for large conferences with a conference championship game, we have to ask ourselves if that's what we really want?

Can we add any other teams to bring our number back up to 12? Well, can you think of any schools that are regularly successful in football, have a large and loyal following, reside in a major television market, and are not currently in one of the BCS conferences? Very few, if any, come to mind. The point is, you can add some schools like BYU, Houston, or Memphis, but some of these schools have flash-in-the-pan football programs. For instance, they hit some recruiting gems, have the right coach, and are competitive at the highest level for 4-6 years. You also have to consider that if you add these teams to a more competitive conference, that they may not fare as well as they do in the non-BCS conference. The Big 12 lost Nebraska, and that is indeed a major loss. It's hard to simply replace them. And, in football, the NCAA's money sport, the Big 12 was already quite top heavy. In the 14 years that the Big 12 has been in tact, Oklahoma or Texas has won the championship in football 9 times, and participated in the championship game 3 more times.

We would be setting up a conference that we could continue to dominate, along with Texas, but would this garner our conference much national respect? Meanwhile, if Texas and OU went to the Pac-10, you'd at least have competition from USC, and there would also be regular contenders like Oregon and California. If they went to the SEC, well, that would be a college football gauntlet - Texas, OU, LSU, Alabama, Florida, Georgia, Tennessee... 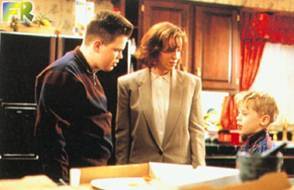 "Kevin, I'm going to feed you to my tarantula" - it's not easy being little brother

If we do preserve the Big 12 with ten teams, it certainly looks like we're taking the "easy" way out - the way that will allow us to continue to dominate a weakened conference. It also looks like we're doing this for purely monetary purposes (not bad when you're one of the top earners). Finally, it looks like all of us are caving to Texas, and despite the results that may or may not arrive on the field, we'll know who really IS the top dog in the conference.