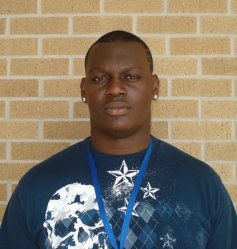 The Oklahoma Sooners have picked up a verbal commitment from Cibolo, Texas defensive tackle Marquis Anderson. This is a huge pick up for Jackie Shipp and the Sooners. Defensive tackle is one of the biggest needs in the 2011 recruiting class, as the roster is already looking thin for the upcoming season and we are entering Adrian Taylor's final year. The other positive about Anderson's commitment is his relationship with RB Malcolm Brown. The two are high school teammates and while they haven't stated any specific desires to play together, it certainly can't hurt that Marquis will be heading North of the Red River (that being said, chances are still pretty slim that Malcolm ends up coming to OU). Marquis follows Jordan Wade (although I've heard some evaluations that think Jordan could make a very solid lineman on the offensive side of the ball as well) as the second DT to join the 2011 recruiting class and odds are that Oklahoma will sign one more, most likely option Isiah Norton from Kimball High in Dallas.