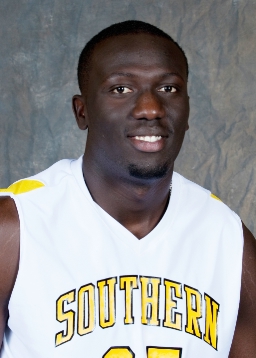 Well given the considerable amount of turmoil currently surrounding the OU men's basketball team, I doubt this news will come as a surprise to most of you.  Much like almost all of the news out of Norman regarding men's basketball lately, this news is also bad news.  If you're brave enough, check out the details after the jump.

UPDATE:  As SoonerDutch points out in the comments, C Orlando Allen has now decided to leave the program as well.  This has reached the point of beyond ridiculous Sooner fans.

Considering how many players OU has lost since the end of the season, it stood to reason that Coach Capel would look at some of the top JUCO players to try and help fill out next year's squad.  Well as of yesterday, it appears that he's struck out with nearly every JUCO player they had targeted.

First, there was the news that Marquise Carter (brother of former Sooner standout Nate Carter) committed to Gonzaga over our Sooners.  Then there came word that Jawanza Poland (Hutchison (Kan.) Community College swingman) chose South Florida over OU.  Finally and probably the most painful news came yesterday when 7-footer Aziz N'diaye committed to Washington.

Add to all of that, there was plenty of speculation last week about whether or not Capel was interested/a candidate for the Clemson job.  Well that speculation has been put to rest, but either way that certainly couldn't have helped on the recruiting front during that time.  You may not agree, but all indications to me are that this basketball program is teetering on the edge of absolute disaster.  Next season seems like a long ways off and at this point it couldn't seem far enough.