Share All sharing options for: Texas WR Trey Metoyer To Announce His Decision Today At Noon 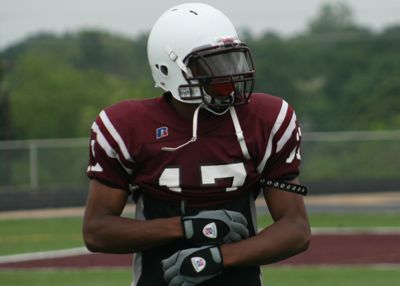 Commentary:  Whitehouse, Texas wide receiver Trey Metoyer will be making his college decision today at 12:00PM (CT).  Metoyer is considered one of the top receivers in the country after finishing the 2009 season with 75 receptions for 1,185 yards and 14 touchdowns.  Trey also accounted for 1,579 all-purpose yards. He also plays basketball and runs track.  Considered one of the top two receivers in the state of Texas, most think it will come down to Oklahoma , Ole Miss, or LSU.

Great size for a receiver and though he does not have elite top end speed he has enough quickness and enough moves to get free from the defender and break long runs. He is a big target as a receiver and runs tight routes, his size and strength allow him to beat jams. He is not a blazing fast receiver but a good sized receiver with good hands and is very reliable. He is also a player that has a flare for making the dramatic catch.

As the #1 wide receiver on the Sooners board, this is an important day for the 2011 Oklahoma recruiting class.  Let's hope for some good news this afternoon!