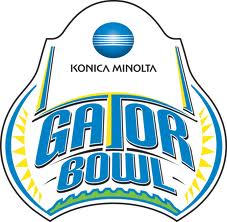 I'm not sure if you can really call it an upset when a #5 seed knocks off a #4 seed because the two are so closely ranked together but that's the possibility before us in #4 Stanford's Gator Bowl match-up against #5 Wisconsin in the first round of our pretend playoffs.

Stanford completely outplays Wisconsin in the second half but a huge rushing onslaught in the second quarter by the Badgers will prove too much for the Cardinal to overcome, thus sending home our first higher seeded team at the hands of a lower seed.

Now we have our first second round match-up set as the Badgers will play the top seeded Auburn Tigers in the Fiesta Bowl.