Five Questions About The BYU Cougars

Share All sharing options for: Five Questions About The BYU Cougars 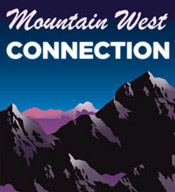 Hopefully you were able to take a look at the questions sent to me by Mountain West Connection. By the way, thanks to the three of you who took a shot at answering them. Now its time for us to throw some questions back at MWC about the BYU Cougars and see what they have to say. Below is the Q&A, feel free to chime in!

The Cougars are bringing eight offensive lineman, but may only play seven because the eighth is freshman offensive lineman Fono Vakalahi, a player the Cougars want to redshirt, but is coming just in case another injury occurs.  There are only two players who are out for the game and they are OL Houston Reynolds who tore his ACL, OL Jason Speredon who injured his shoulder.  However there are several others who are going to play but have suffered a minor injury in camp: RB Harvey Unga suffered a hamstring injury only last weak, OL Matt Reynolds the star of the line is playing with a broken left hand.  Then there is the secondary which is already being questioned on talent with Scott Johnson planning on starting but did suffer a concession and the other DB Andrew Rich suffered a groin injury.  Overall in camp there were 30 reported injuries.

2. How concerned are you about the inexperience of BYU’s offensive line against the experience and depth of ’s defensive line?

Very concerned.  The defensive line is in the top three as a unit in the country and combine that with the banged up line and Max Hall could be running for his life.  The BYU offensive line is inexperienced when it comes to starting, but most of the linemen who did not start did get significant playing time last year.  However this defensive front is better then last years TCU and who caused the more experienced line in 2008 trouble with forcing picks and sacking Max Hall.  A positive note for BYU is that fullback Manse is back from eligibility issues and will help out in the pass blocking, as well as tight end Andrew George.  Look for BYU to counter the speed of the OU line with quick passes and screen plays to start the game in order to move the ball.  The offensive line must keep their assignments and not allow any straight shots toward the quarterback, and to do that they will need to protect from the middle first then progressing to protect the edges.  Either way expect Max Hall to not have too much time to hang out in the pocket.

3. How has Max Hall gelled with his new cast of receivers since camp opened up?

The passing offense has looked real good this year in camp, but that could be attributed to the defense not being that great.  The receivers to step up will be McKay Jacobson who returns from a 2 year lay off from a Mormon mission, but he has looked every bit of his self when he played a huge role as a true freshman in 2007.  Jacobson is attempting to replace former BYU wide out Austin Collie who is now in the NFL with the Colts.  Jacobson has the speed to do so, but timing will be a key and so far in camp the two have looked good.

O'Neill Chambers has moved up to the other starting spot and after a subpar freshman year has shown his maturity by actually knowing the routes and helping the younger receivers with the plays.  Chambers has the ability to make big plays with his 4.4 speed, which gives the Cougars two legit speed receivers to help stretch the field even against this weekend.  However, even with these two wide outs looking good in camp the bread and butter of pass offense -- at least early on-- will be All-American candidate tight end Dennis Pita and his backup Andrew George.  Both are potential NFL players, and fall in line with the history of great tight ends to come from BYU.  So, expect these two to be a huge part of the passing game.

4. What is the key to the BYU defense slowing the OU offense?

To take advantage of that supposed weakness of the offensive line.  In my opinion the Sooner line may be inexperienced, but the replacements are all hyped recruits and being rated four or five stars.  Now, with this being the first game of the year the line may not be as cohesive as the team hopes, and with most of the line being young mistakes will be made and BYU will need to try to take advantage of any mistakes made by that line.  The Cougars will need to use their best defensive player -- Jan Jorgensen-- to attack the line, and try to send more players then Oklahoma can block in an attempt to get to Sam Bradford.  However, if BYU sends the house the secondary, which to be nice, is not that athletic will get burned if they play man to man or even a cover one with a single safety helping out.  One thing BYU did last year to limit big plays was to play well off the line of scrimmage and that was to not let teams beat them deep but instead give up the four to seven yard receptions.  That was somewhat successful but at times they played so far off that quarterbacks would get the ball quickly to the receiver and allow them to get into a one on one situation and just juke pass the slower cornerback.  Then the obligatory answer is to create turnovers, and to keep sustained drives when BYU has the ball to keep the high-powerd Sooner offense of the field.

5. How big is this game from the perspectives of Cougar fans?

This is probably the biggest game since the 1984 Holiday Bowl against that BYU had to win to earn their National Title.  These non-conference games against high profile and highly ranked teams are more common then people think because under former coach LaVell Edwards where BYU played teams as number one Miami in 1990, Florida State during their heyday in the mid 90's, Penn State and others. Even recently the Cougars have scheduled up but the opponents were named opponents but were in down years such as Notre Dame a few times, with most recently UCLA and Washington last year.   This game is different because it is being played at Jerry World, the current Taj Mahal of stadiums, and it just happens to be the highest ranked team BYU has played since that number one team in 1990.  Most, now I must stress most, BYU fans do not expect to win this game, but the hope is to stay close at least in a similar fashion to what TCU did last year and then make a run to a potential BCS game with their only loss being a competitive battle against Oklahoma who will most likely be in the top five when the season ends

Jermaine Gresham Injured Will Not Play Against BYU

Cougars Want To Get Physical

How Would You Answer These Questions About The OU/BYU Game?

Sooner Quotes On The Cougars