Its time once again for another installment of the Big 12 Roundtable. This week on the roundtable we're discussing the power of the conference as opposed to last season, scheduling the SI Curse and much more. A Big thanks goes out Clone Chronicles for being this week's host. As always feel free to add your own opinions to the discussion in the comments section make sure to check back in with Clone Chronicles sometime tomorrow for the roundup.

1. The Big 12 has looked more unimpressive than impressive thus far.  Do you attribute this to early season struggles, or does the conference look to have regressed from '08? Please explain.

2008 was a banner year for the Big 12 Conference and while we had hoped that the conference would be able to produce the same type of success in `09 it just hasn't been in the cards. Oklahoma stumbled out of the gate but still has the opportunity to make a statement when they travel to play Miami in a few weeks. O-State got off to a good start in beating Georgia but couldn't avoid the letdown in week two. Texas holds the conference banner right now but they've been less than impressive in wins over UL Monroe and Wyoming. This week's showdown between the Longhorns and Texas Tech will officially kill any chance of the late season drama we had last season because it will leave only one of the "Big Three" as an undefeated team.

I don't think that the Big 12 is in a bad position right now. One loss teams seem to play for a BCS championship quite regularly now and with 5 teams in the Top 25 at this point there is plenty of opportunity still to be taken advantage of. Just because the conference isn't playing to the level of 2008 doesn't mean everything is all bad.

2. When looking at our team's schedule, sometimes it's hard to get excited about non-conference portion of the schedule, except for maybe 1 game. In general, are you content with your team's non-conference scheduling? Is there an opponent you'd like to see on a regular basis, that you currently do not

For the most part Oklahoma has done an excellent job at putting together a respectable schedule. If you remember, it was strength of schedule that allowed the Sooners to pass the Longhorns in the BCS standings last season. For that reason I would rather see the Sooners continue to play teams like BYU and Miami this year, Cincinnati and Florida State next year, because those are championship caliber schedules. If you survive those and win the conference you are sitting in pretty good shape.

3. Over the years we've seen a fair share of teams lose the week they appear on the SI cover. Does the "SI Curse" exist, is it a coincidence, or is it something that we only take notice of when it rings true (but forget when it does not)? Explain. 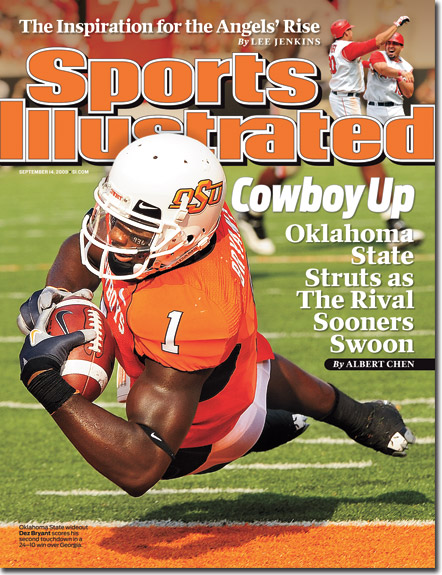 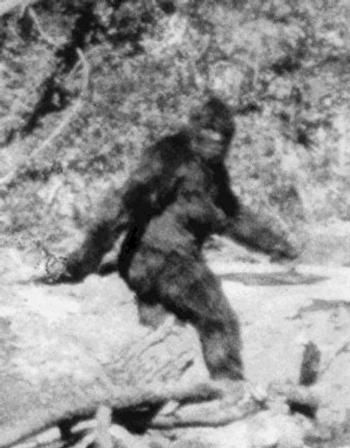 SI and Big Foot will forever be linked together in American folklore.

The SI Curse is a lot like Big Foot. There are enough sightings of it to keep people talking but it really doesn't exist. There have been plenty of teams make the cover of the magazine and go on to win conference and national championships. Unless Sports Illustrated played defensive back for Oklahoma State last weekend it had nothing to do with the Cowboys embarrassing 45-35 home loss to Houston. That was all on OSU's defense or I guess I should say lack there of.

4. What is the biggest question your team has to answer heading into Week 3?

Oklahoma still needs a receiver to step up. Ryan Broyles had a monster night on Saturday (See my offensive player of the week) but there was no #2 threat. The Sooners must either develop a passing game to the tight end or find another receiver in the lineup that can catch or better defenses will shut down the Broyles option in a hurry.