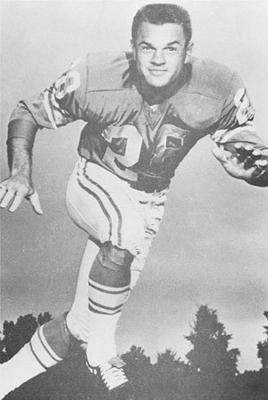 Lary was so good he could fill three roster spots. via www.spock.com

Texas A&M currently has 22 players occupying roster spots in the NFL. Among the more notable ones are Cowboys tight end Martellus Bennett, Lions tight end Dan Campbell, Rams receiver Dante Hall and Vikings defensive tackle Pat Williams. Notable greats from A&M are John David Crow, Ray Childress and Lester Hayes along with current Raiders punter Shane Lechler and Saints corner Aaron Glenn. However, in order to find the absolute greatest you have to travel back to the 1950’s and 60’s.

Yale Lary was drafted in the third round of the 1952 draft by the Detroit Lions and from `52 to 1964 he would make his way to the Pro Bowl nine times. As a punter he averaged 44.3 yards per kick, winning punting titles in 1959, 1961 and 1963. Paul Hornung once called him the greatest punter to ever play the game.

As if that weren’t enough, Lary was also one of the most dominant safeties to play the game. Playing what was then known as the right safety position (now the free safety) he recorded 50 career interceptions, returning two of them for scores. He also spent time returning kickoffs for making him an all around player that helped lead the Lions to three championships. In 1979 he became the first, and only, Aggie to be inducted into the Pro Football Hall of Fame.