Share All sharing options for: Big 12’s Twelve Players To Watch In `09: No. 9 Gerald McCoy 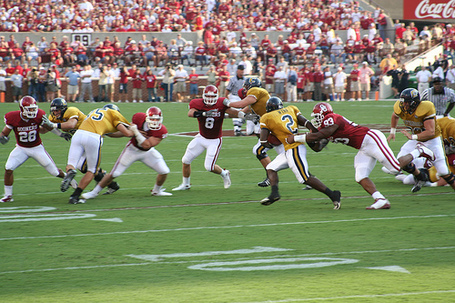 Gerald McCoy (#93) will once again be the anchor of Oklahoma's defensive line.

McCoy led all of ’s interior defensive linemen with 30 tackles and was second on the team in sacks with 6.5. He was third on the team in tackles for loss with 11 and grabbed his first career interception in the BCS Championship Game against .