Share All sharing options for: Rivals, Hatred and Sterotypes

A blanket email was sent out to the various SBN’s Big 12 blogs in the name of "research." A few of our fellow bloggers have already weighed in on the questions and now it’s our turn. While Jeff Capel has made significant strides in leading to the forefront of college  basketball OU is still a football school and since the season is just around the corner I’ve decided to answer these questions from a football fan’s perspective.  Feel free to add your own responses in the comments section below.

My name is Tyler Hissey. I'm doing some research on sports taunting and the kind of things that would make a specific team's fan base tick.

As the Big 12 bloggers of SB Nation, I would greatly appreciate if you could answer the following questions about the program you cover and its fan base.

What Big 12 team do you cover for SB Nation?

Not a hard one here, the Oklahoma Sooners are the team we cover and cheer for.

Who do you consider to be your team's biggest rivals?

In conference I would rank them;

What teams and specific players do the casual or die-hard fans of your team hate the most?

Well, any player in a burnt orange jersey is going to be hated by Sooner fans. It’s just that simple, regardless of how amazing they were to watch. For example, if you ask a Sooner about Vince Young then they’ll talk about his freshman and sophomore seasons where he suffered losses to OU as well as his failures in the NFL and totally ignore the 2005 season.

Ask a Sooner what the best part about Sam Bradford winning the Heisman Trophy last season was and they’ll tell you that him beating out Colt McCoy was almost just as enjoyable as watching get the hardware.

Ask a Sooner what the best part of winning an unprecedented third consecutive Big 12 Championship was and they’ll tell you that it was the fact that the Longhorns were at home watching it on TV.

I think that pretty much sums it up.

If you wanted to taunt players from the conference, who would be the biggest targets? The rest of college football?

I’m not real big on taunting players as they are still 18-22 year old kids who are being exploited for millions of dollars by universities. However, the universities and coaches that dangle an $80K education over the heads of these young man while netting upwards of $4 million per scholarship football athlete over the course of their four years on campus are fair game.

There are three schools in the Big 12 Conference that draw the worst out of Sooner fans in the areas of taunting and hatred.

1) The Texas Longhorns worship a castrated cow and think that there is no other program in the nation that has anything as an equal. At least ’s once roamed the open prairies as one of our nation’s most powerful beasts. Then there’s ’s own Sooner Schooner which is nothing more than a replica of a covered wagon but it was also an instrumental vehicle necessary for the success of early settlers and a key part of ’s state heritage. Before you attempt to rebuttal with the Longhorn being a part of the state heritage stop and think about how many other things would rank ahead of it on the list. Seriously, what has a longhorn steer ever done other than chew cud and get slaughtered? 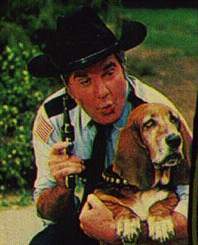 Then there’s the uncanny resemblance between Mack Brown and Roscoe P. Coltrane. How can you not make fun of that? All he needs is a dog named flash and potbellied boss who always wears white and stays on the cusp of being verbally abusive. How do we know for sure that isn’t taking place in ?

2) is the team that, according to their fans, is always on the verge of greatness. Unless their definition of greatness is 3rd, 4th or 5th place in the Big 12 South they couldn’t be more off base. You can bank on O-State fans going through three stages during a football season and they’ll be vocal through all of them.

Stage one comes during the preseason and continues through the first part of the season. This is the stage where delusional o-state fans are telling everyone that this is the year of the Cowboy. They’ve got the coaches, players and now facilities to become the best team in the Big 12. What they don’t seem to understand is why everyone is laughing at them.

Stage two comes shortly after conference play begins, also known as the excuse stage. This is when we hear that the Cowboys have some of the most talented players in the conference but they are young and lack the experience of some of the other schools in the conference. According to them, and had better watch out because they are going to be playing the role of the spoilers. What they don’t seem to understand is why no one feels threatened.

Stage three arrives just after Thanksgiving Weekend. Known as the so close yet so far away stage it is when we hear the official battle cry of the Cowboys, "Just Wait Until Next Year!" This is when we hear how the Cowboys went toe-to-toe with the Longhorns and Sooners and just barely lost because of a busted play or a bad/missed call. We are also enlightened to the fact that to a Cowboy fan a fourth place finish and an birth in the Insight.com Bowl are significant signs of improvement.

3)      The Missouri Tigers are fairly new to ’s hate list but none the less they’ve given us some good fodder over the last couple of seasons. Spurred by weak north division opponents the Tigers tried their best to play big boy ball by talking the talk but when it came to playing the Sooners they just couldn’t walk the walk. Even with a home field advantage in last season’s conference championship game succumbed to a 62-21 thrashing at the hands of the Sooners.

Now instead of achieving greatness the Tigers are the answer to the trivia question - Who did beat for their 3rd consecutive Big 12 Championship?

I realized that I confessed early that we don’t agree with taunting players but we just can’t ignore the ego we affectionately refer to as Booger.

What kind of taunts would sting the casual fan of your team the most—going after the make-up of the fan base, individual players, coach, school, or the state?

Cheaters! Like every college football program in the history of the world, has past infractions to not be proud of. Unlike most football programs though the Sooners are one of the few to remain as a perennial power. This causes most rivals and opponents to assume that the only way for to achieve this is to cheat.

Another is the assumption that the fan base, and Oklahoman’s in general, are ignorant. Not sure where this stereotype comes from but none the less it’s there.

Finally, the Choklahoma phrase is used quite often to rub fans for not winning recent BCS Bowl Games.

In 100 words or less, best describe your team's fan base.


The first thing that I would say is that Sooner fans are loyal. Much was made about this year’s 99% season ticket renewal but even during the bleak years of the John Blake era ’s football team played in front of sellout crowds.

The next way I would describe the fan base is passionate. Sometimes that brings out the worst in Sooner fans and I’ve always stated that a person should never underestimate the stupidity that passion can bring about but you do have to appreciate the passions that OU fans have for all things Sooner.

What are the common stereotypes associated with your team's fan base and the school in general? In what ways are they true/false?

Well, as I said earlier, has a shady past but the assumption that the word Sooner means cheating shows a lot of ignorance. The assumption is that the "Sooners" were those who cheated during the Land Run of 1889. However, a quick peek at a textbook shows another story.

One of the few rules to claiming a lot of land was that all participants were to start at the same time. Those who went too soon were called "Sooners". Sooners were often deputy marshals, land surveyors, railroad employees, and others who were able to legally enter the territory early to mark out choice pieces of land for themselves or others.