Guerin Emig at the Tulsa World asks the question on everyone's mind at the moment: when does football season start? I can actually answer that question - 156 days until the Sooners take the field against BYU in "Jerryworld" down in Dallas. 163 days until we get to hear the PA announcer crackle over the Owen Field sound system, "It's football time in Oklahoma!" In the meantime though, there's plenty to talk about.

The article linked above actually talks about the coaching fiascos right now in men's basketball. Turns out that Tim Floyd was just leading Arizona on. That's why Guerin, in his article, wants OU to get Capel a better contract pronto. Arizona is back on the market and now Memphis is too. No new rumors to report though, and no news in that department is good news.

Speaking of men's basketball, Wayman Tisdale was selected for the hall of fame. A huge conratulations goes out to him, he definitely deserves it.

There's also plenty of news in women's basketball as the team makes the trip to St. Louis for the Final Four. Already in the tournament, Courtney Paris has become the first player in college basketball, men or women, and any division to have 2500 career points and 2000 career rebounds. She is also the first four time All American in women's basketball. This begs the question whether or not she's the most dominant player in the history of women's college basketball, but she needs to win a title first.

According to The Oklahoman, the Sooners had some familiar faces in practice:

Leah Rush and Chelsi Welch, whose Sooner careers ended as seniors in the 2007 Dayton Regional semifinals, practiced with OU on Wednesday.

"It’s fun," said Rush, who just returned from playing in Spain. "These guys are like my little sisters or something.

"Going to the Final Four is not something I got to do, so it’s fun to be included."

ESPN has a preview piece up. It discusses the point guard battle, but then goes on to pick Louisville (I'm never shocked when they pick a Big East team in basketball). When asked why to watch the women's Final Four, SI says it's the $64,000 question (Courtney Paris' scholarship). Here's a nice AP piece on how vital Amanda Thompson is to OU's success. The Tulsa World did a nice piece previewing all of the final four teams. And with that, I'll just provide a list of links here with further reading: Sooners Illustrated, Sports Illustrated, OU Daily, Tulsa World,  Tulsa World. The two Tulsa World articles are about how Sherri Coale has built up the program and are good reads.

And with that, we'll take our last jump to football. The Norman Transcript has an article up about how Ryan Broyles' role will be expanded this season. Looks like they will have him split out wide. Sam Bradford likes Ryan and thinks he can be a deep threat:

"He's having to adjust, but I don't think most people understand how much speed he has," Bradford said. "He might not be big, but he gives us a downfield threat with the speed that he has."

And now for your "Rut Row" moment of the day: 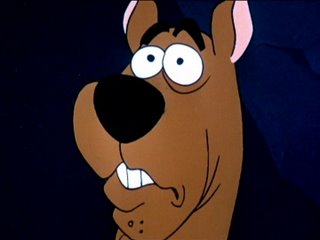 University of Oklahoma offensive lineman Jason Hannan has left the team, according to teammates.

Hannan, a 6-foot-3, 283-pound sophomore from Waxahachie, Texas, initially had been counted on this spring as a potential replacement for three-year starter Jon Cooper at center. Hannan played in seven games as Cooper's backup last season.

"He's transferring — he's leaving," senior Brian Simmons said after Thursday's practice. "I don't know the details, but he's no longer with us any more."

That leaves Ben Habern, a redshirt freshman, and Brian Lepak who is a senior transfer from Colorado State. For what it's worth, Habern was a stellar recruit - 4 stars on Rivals and the #3 center prospect nationally, so it sounds like we're still in good hands.

OU continues to recruit top QB prospect for 2010 Blake Bell. He was spotted on campus yesterday to watch practice (same article as linked above). It's his first time back since the Texas Tech game. Just to give you an idea of how highly regarded he is, Georgia, LSU, Miami, Notre Dame and Oregon have all offered him scholarships (along with OU), and that's just the tip of the iceberg.

Adron Tennell had a mild ankle sprain in practice recently, but seems to be doing OK. Phil Loadholt met with the Pittsburgh Steelers yesterday. Juaquin Iglesias will meet with the Vikings next Wednesday. The first scrimmage of the spring will be on Saturday.

And finally, in a hilarious development, Colorado quarterbacks will be wearing a bulky helmet camera during practice. It's supposed to help with coaches evaluations. I wonder what it looks like right before Gerald McCoy sacks you?