Is The BCS A Monopoly?

Share All sharing options for: Is The BCS A Monopoly? 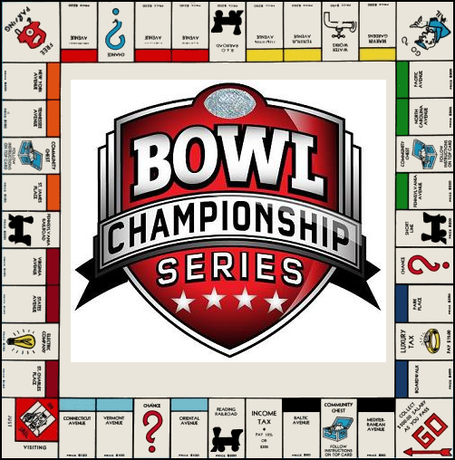 To win the lawsuit, Shurtleff must be able to prove that the BCS has total control of the postseason bowl market for its games, that it uses its control to help some conferences and schools at the expense of others, and that the BCS system has damaged the University of Utah as well as the state of Utah. --ESPN article (linked above)

To me that sounds like a difficult argument to win, but what do I know about the legal process? Apparently not very much, as there are some legal experts that think it's a winnable case:

It's a quest that could succeed, according to antitrust experts and scholars contacted by ESPN.com. If the lawsuit is successful, the BCS could face court orders requiring it to mend its ways and pay triple damages to states and universities harmed by the BCS, as well as their legal fees. --ESPN article (linked above)

But is the BCS a monopoly? Will that hold water in court? The above article was just posted to ESPN.com, but antitrust legislation takes a long time to get through the legal process. I've opened up a poll question at the end of the article for you to voice your opinion.

We'll examine the specific arguments after the jump (click the link below)...

Statistics don't lie and the statistics suggest that the BCS gives a lot of its money to the 66 schools (a little over half of Division I) in the BCS conferences - SEC, ACC, Big East, Big 12, Big 10, Pac 10. Here's a quote from Hawaii Congressman Neil Abercrombie:

The BCS generates hundreds of millions of dollars annually, and this money is disproportionately awarded to the six BCS athletic conferences. Sixty-six schools, just more than half of Division I-A, shared 85 percent of the $217 million generated by the 2006-07 bowls.

As he goes on to point out here, the money is used to help cover the costs of their athletic departments, recruiting, facilities, equipment, etc. It also can be used to benefit other sports programs. Schools without this money may need to dip into other financial resources to cover the costs that are needed to compete for top recruits. This in turn hurts academics and other aspects of the universities. That, or they could simply opt not to spend the money and will probably be much less likely to be competitive with the top tier teams.

Sounds like a decent case to me so far.

Why is this important? Because the BCS money that each conference receives is divided evenly among all of the schools in that conference. If the BCS is constantly shut to teams from just the 6 big conferences, then it will continue to make the revenue disparity even larger.

All other conferences combined except the BCS conferences probably made a little under $20 MIL total off the BCS system. That total amount is less than the individual amount paid out to the Big 10, Big 12 and SEC each.

As the ESPN article aptly points out, even if the BCS is hit with litigation, it will argue that pros outweigh the cons:

On its Web site, the organization makes the point that in its first nine years of existence, it distributed more than $70 million to conferences that do not have automatic berths in the BCS system. That number pales next to the $18 million per year the BCS pays to each of its member conferences, but those points likely would be a pivotal part of any BCS response to the lawsuit. --ESPN

But does this outweigh the advantages? If the BCS didn't exist and bowl payouts happened by individual bowl, would the non-BCS conferences gross more money than they do now? How does a playoff system work as far as revenue sharing? Would they create a giant pool of revenue money to be paid out depending on how many berths each conference had into the playoff?

But the most important question: if you created a playoff system, would it be any less exclusive than the current BCS system? Sure, maybe 8 teams would get to actually play for the crystal ball, but would those 8 teams be selected any differently than now?

There are really too many questions right now to be answered, and too many playoff options to really discuss a viable alternative. I have yet to see a complete proposal with all the financial and logistical considerations included.

So, the BCS system clearly pays out a significant portion of it's money to an exclusive 66 teams. This obviously benefits those 66 teams far more than the other teams in Division I. Not only that, but those other teams have to fight against old prejudices and predispositions in order to even qualify for a BCS bowl. But, it is getting better and the BCS still does pay out a good chunk of change to non-BCS schools. And, there are other revenue streams for non-BCS schools.

The big problem is that there isn't any obvious second option to the BCS right now. If we get rid of the BCS, what would we institute? How would a playoff system pay out? Nobody knows the answer to that right now, and that's the problem. I wish there were an easier way to get more teams to play for the national championship, but until someone figures out a good alternative, I think the BCS will stay.

I won't answer the question. And you're not likely to convince the Utah AG, or any fans of non-BCS schools, that the BCS isn't a monopoly. So I'll leave it up to you to vote in the poll. Is the BCS a monopoly?