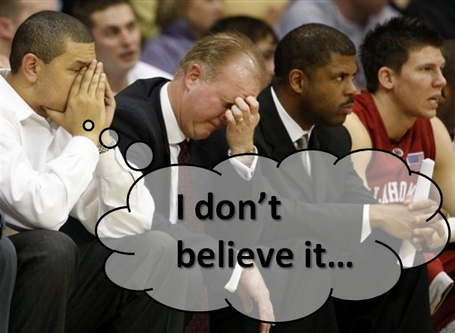 Cary Murdock said he just left the LNC after talking to Jeff Capel. Coach said not a day has gone by since the Texas game that Blake has not vomited and was dizzy. They have not been pleased with the results of the tests they have given him. They will announce Friday if he will play Saturday.

Alarming Thought Of The Day

If Blake Griffin is out for the Texas Tech game, we will be left with 4 big guys: Taylor Griffin, Ryan Wright, Orlando Allen and Beau Gerber. This is thanks to Kyle Cannon's dismissal and Juan Pattillo's suspension.

That could be big trouble.