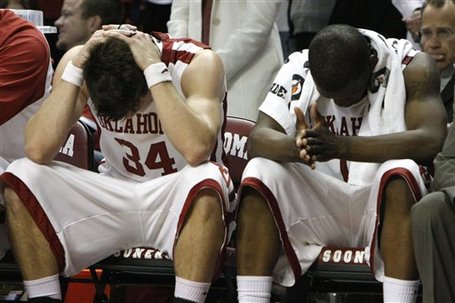 Well we have our first major shake up in the power rankings this week as OU has dropped their last two minus Blake Griffin. Kansas, Missouri, and Oklahoma St. are surging while Baylor and Nebraska are done for. So lets get to it

A lot of things can happen with only 15 Days until the Big 12 Tournament tips off in Oklahoma City and 19 days until Selection Sunday but for now, there are the rankings.