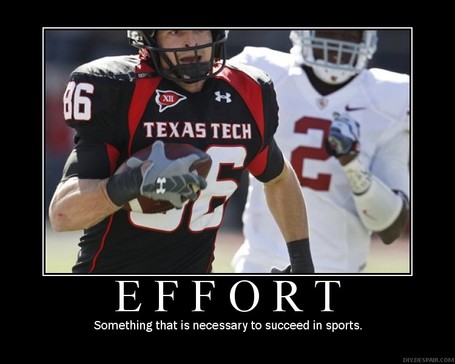 This is getting really old, really fast. Listening to "overrated" chants from mediocre, mid-major student sections. Watching our teams come completely unraveled in big games, under adversity, or on the road. "Choke-lahoma"? I'm sorry, but at this point I would have to absolutely agree with that nickname.

This was absolutely an awful performance all around. It was the worst regular season loss points-wise since October 8, 2005 when an unranked OU team fell to #2 Texas 45-12. It was possibly the most embarrassing loss since the Orange Bowl fiasco against USC (55-19) at the close of the 2004 season. And it was the worst regular season loss to an unranked team since a 34-3 drubbing by Texas in the 1998 Red River Rivalry. It was probably, without a doubt, one of the worst losses of Bob Stoops' tenure - if not the worst.

What concerned me the most was a complete lack of effort. It looked like guys just didn't care at all. And this has been a problem all year. We have won a total of 1 game away from Norman. ONE! That's it! That's absolutely abysmal. That speaks to a huge coaching failure. If you can't get your guys fired up enough to look at least somewhat competent on the road, you should be questioning your methods. The last time OU only won 1 game away from Norman was in 1997. Before that, it was in 1965 (you could argue 1992, but it's cloudy because of ties away from home). Obviously this is a pretty rare feat in the rich history of Sooner football.

Congratulations guys! You will go down as one of the worst teams in the history of Sooner football. But it wasn't for trying, because it certainly didn't look like you were doing any of that today. Even if  you win out, which is somewhat uncertain given a good Oklahoma State team coming into town in a week (followed by maybe a bowl game), this would be the 14th worst winning percentage of any Sooner team since 1946. One more loss, one more slip-up, and it will probably be the 9th worst season since 1946, and the 22nd worst season of all time (since 1896). Don't you have any pride?!?

More embarrassment after the jump.

I won't spend too much time on this one, because they actually won (74-70), but it was at home against an unranked TCU team. To be fair, TCU was ranked #35 in the latest Sagarin women's basketball ratings, so they aren't exactly pushovers. However, the team consistently made bad passes, turned the ball over, and left opponents the opportunities for wide open jump shots. Head coach Sherri Coale:

"Sometimes what you have to do is whatever you have to do to win. It was a very ugly afternoon of basketball on our behalf and we are very fortunate to walk away with a win. But we are going to play a whole lot better if we want to beat any of our opponents next week."

They lost the Paris twins, but this team made a Final Four last year. To see them struggle to put away an unranked team on their home floor was hard to watch. 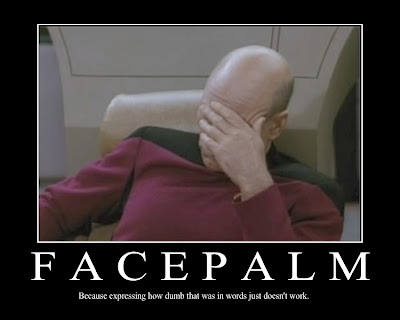 Unfortunately, the women's basketball game wasn't even the toughest OU basketball game to watch today. That honor fell to the men who laid an absolute egg. They wound up losing the game 82-69, which was followed by a storming of the court by the VCU student section. And why wouldn't they? You could argue it was the biggest game ever played on their home court - it was the first time a ranked team came to play them in their house.

I know we are a young team, but we are a talented team, and goodness gracious that was an embarrassment to watch. They got schooled. That's something that shouldn't happen to a ranked team with 3 McDonald's All Americans and a top-20 ranking, but it did happen.

Luckily, rankings in basketball, and really the record, doesn't matter. All that matters is that you have enough wins to get into the tournament. However, it's clear that we won't be the dominant team we were last year. And it's clear that a lot of guys on our team have a lot of growing up to do if they don't want to get blown out of the gym by teams like Kansas, Texas, or Gonzaga.

Guess what? OU has some tradition. We're used to winning some ball games. And not just in football either. And as a result, we're pretty proud of that tradition. Why do you think the Sooner drum major takes the football field each game strutting across the field with his chest pointed up and his head held high?

It's all about pride.

Football team, look alive out there! Hit someone. Run fast. Play harder. Tackle harder. Get motivated! I don't know how you can't be motivated after getting your (blank) handed to you on a silver platter by the Red Raiders...again...in Lubbock...again. Every game in Norman, you run out onto the field after an intro video that hypes up our tradition. And you guys say in the video, you actually say, that you'll "try harder" or "reach higher". Where? Where is that happening? I don't see that happening. A team that does that doesn't lose by 28. Play with some pride! Play with some heart like all of those legends that wore the crimson and cream before you!

And for the basketball teams, I think that inexperience will give way to more cohesive play. Things will come together. And one loss isn't the end-all-be-all for a college basketball team. But again, play with some pride and some conviction! Show some heart! It doesn't show a lot of heart to be lazy on defense, and let guys cruise right by you to the hoop, or spot up for a wide open jumper. There are technical errors, which can be corrected by coaches, and through practice. But at some point you have to find it within yourself to put forth the extra effort to run at guys on defense, close down the holes faster, or fight for that extra rebound.

I'm proud to be a Sooner fan. I am. But today was awful. Enough said.