Bad JuJu, I Hate You!

Share All sharing options for: Bad JuJu, I Hate You! 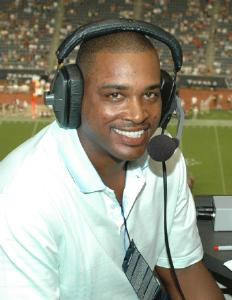 Andre Ware A.K.A The Prophet of Doom for OU Football

It's looking more and more like Andre Ware is a Prophet of Doom when it comes to the Oklahoma football program. Back in August the former Heisman Trophy winner from Houston predicted that OU would finish with an 8-4 record, including a season opening loss to BYU. The Sooners are halfway to Ware's prediction of four losses (something that's only happened twice under Bob Stoops) but even more alarming to me is how his comments regarding how injuries could direct the path of Oklahoma's season are ringing true.

"My question really is how are they going to protect Sam Bradford," Ware said. "They are talented, but with DeMarco Murray, that hamstring is bothering him again. Injuries may take a toll. But up front can they open holes for some talented running backs and can they protect Sam Bradford the way they have?" 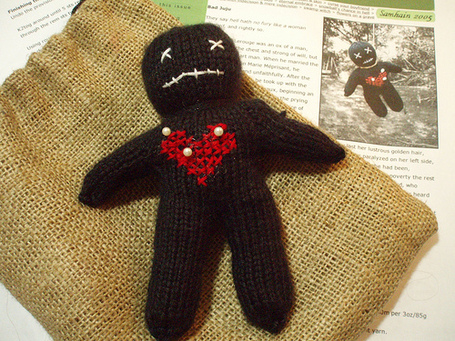 August 20th - Linebacker Tom Wort tears an ACL and is done for the season.

September 2nd - Tight End Jermaine Gresham suffers a torn meniscus and is done for the season.

September 4th - Mike Balogun's lawyer, Woody Glass, announces in an email that he doesn't believe that the linebacker will be reinstated.

September 5th - Quarterback Sam Bradford suffers an AC Joint sprain in his throwing shoulder and his shelved for what is still an indefinite period of time. Sooners lose 14-13 to BYU.

Take a Heisman Trophy winning quarterback, an All-American tight end and the leading receiver off any roster will suddenly make that team very average. That's the best description that I can come up with for this OU squad at the present time.

The Sooners are two points away from being undefeated but even at that you could argue that they're two points away from actually earning the right to be a Top 25 team. I believe that at this point the Sooners are ranked only because of their name as their performance against other Top 25 teams has shown them to be inferior. I know that stings a little to us Sooner fans but truth is truth. At full strength the outcomes of the BYU and Miami games most likely would have been very different and OU would still be in the middle of the BCS talk. However, the Sooners aren't at full strength and won't be the rest of the season.

Speaking of average, loss of talent can make a coaching staff look very average as well. Kevin Wilson has been ripped apart, and some of it rightfully so, but let's keep in mind that his offense last season was the most prolific attack in the history of college football. When parts are missing from the engine the Ferrari doesn't run as well. No one hated the conservative calls more than me on third down but when your line is missing blocks, your quarterback is missing receivers and your receivers are dropping passes how many options do you really have? I still say that there had to be something in the arsenal other than a draw play but I can also understand where Wilson was coming from.

Bad JuJu is just a part of football. Sometimes you can see it coming but often times you are blindsided with it like a Kentucky linebacker on Tim Tebow. It's safe to say that the only person in the world who saw this storm coming was Andre Ware, the Prophet of Doom.