The crazy way my luck works out for me, my 9year-old son is playing in a football tournament today and I'll be spending the majority of my time this afternoon watching him and following the Sooners on the BlackBerry. I'll contribute as much as possible to this thread but you'd better not expect a lot from me until a recap post later on this evening. 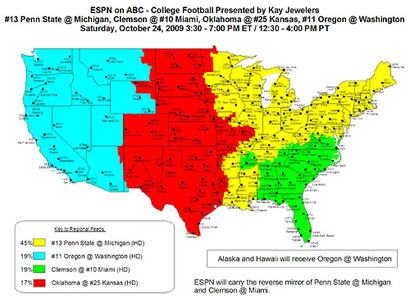