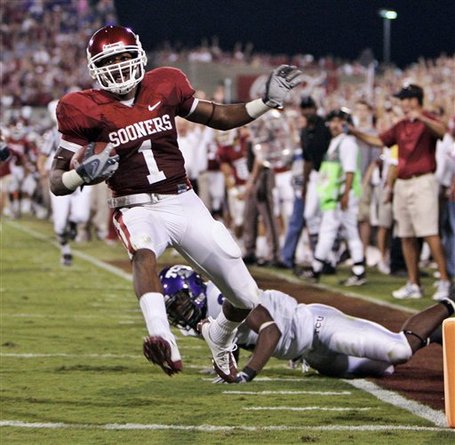 Oklahoma receiver Manuel Johnson continues to have his greatest week ever. After breaking Mark Clayton’s single-game receiving record Saturday night against TCU Johnson was named the Big 12 Offensive Player of the Week on Monday. He caught 5 passes for 206 yards and three touchdowns which also tied Antonio Perkins for the only Sooner player to record three plays of 55 or more yards in the same game.