Florida’s Defense By The Numbers

Share All sharing options for: Florida’s Defense By The Numbers 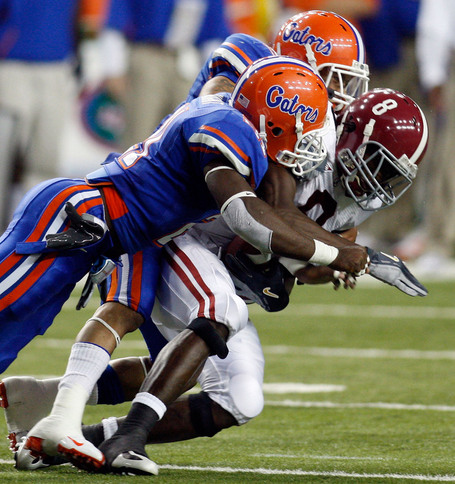 The Florida Gators are holding their opponents to an eye popping 12.8 points per game. While the "superiority of the SEC defenses" debate rages on I don’t want to take anything away from the Gators accomplishments but I do want to take a look at the opponents that they built their stats against.

However, when you look at more than just scoring defense you can see where numbers could be a little deceiving.

To me the plan is obvious when attacking the Gators defense. You go at them through the air! is very strong against the rush but when it comes to defending the pass they are in bottom half of the pack in the SEC ranking 8th. Beyond that the Gators are allowing opposing quarterbacks a 52% completion rate.

Don’t confuse this with an attempt to discredit the defense. Instead look at it as evidence that scoring against them isn’t an impossible task. Keep in mind that we are only talking stats here but if there was ever a weakness that was built to exploit then it would be a pass defense that is prone to the occasional breakdown.