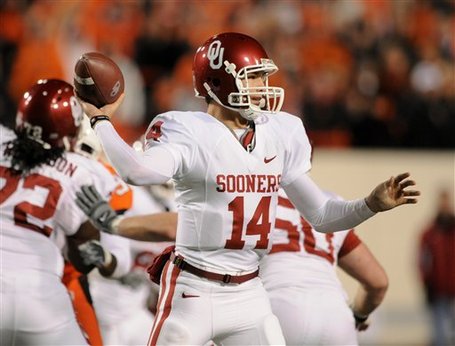 The Big 12 coaches have spoken and they have chosen Sam Bradford as Big 12 Offensive Player of the Year.

Bradford has been the perfect quarterback for the no huddle offense that Kevin Wilson installed and it has led Bradford near the top of all postseason awards lists.

Bradford joins Jason White, 2003 and 2004, and Josh Heupel, 2000, as Sooner players who have won the Offensive player of the Year.