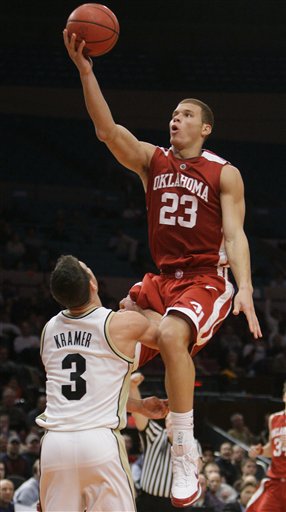 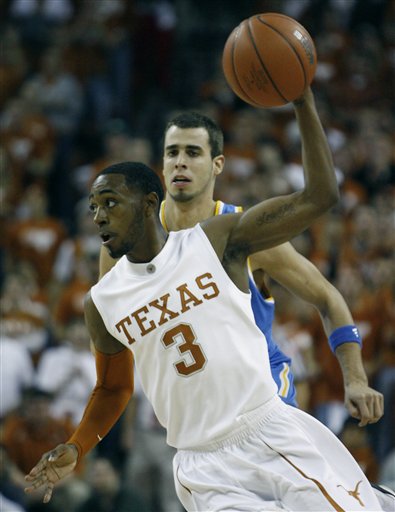 I know that we are in the thick of BCS madness here at The Machine but in the midst of all of that, Basketball season is getting revved up. The Big 12 might not be as great in hoops as it is in football but the top teams in the Big 12 are loaded.

1. Texas - Texas is playing some of the best defense I have ever seen them play.  AJ Abrams is the best shooter in the Big 12 and with the depth and talent down low, Abrams should continue to get outside looks.

2. Oklahoma - Blake Griffin is the best player in the Big 12 and possibly the country. The guards need to continue to play and shoot as well as they have to keep defenses honest and free up Blake down low.

3. Baylor - The Bears are one solid big man away from being a very dangerous team. When those four guards for Baylor are hitting their shots like they have been, they are very tough to beat.

4. Kansas - A lot of young talent in Lawrence. Cole Aldrich is one of the better big man in the country. We will know a lot more about the Jayhawks come January 3rd against Tennessee

5. Nebraska - The Cornhuskers are quietly putting something special together up in Lincoln. Yes the struggled against Arizona St last night but they could very well be this seasons Baylor.

6. Oklahoma St. - Travis Ford is trying to instill a run and gun style in Stillwater. Their lack of an inside game will come back to bite them.

7. Texas A&M - The Aggies are an interesting team. I've seen them look like a team that will be dangerous (Arizona) and other times I've seen them struggle to make a shot (Tulsa).

8. Missouri - Mike Anderson has a very fun style of basketball. I have yet to see them play this season and might have them too low. They have huge wins over Cal and USC.

9. Texas Tech - Pat Knight's team might just be best known this season for scoring 167 points against East Central (OK) and that is it.

10. Kansas St.. - The loss of Beasley, Walker, and Stewart really have them struggling and on a three game losing streak to teams with a pulse (Oregon, Iowa, and Kentucky)

11. Iowa St. - Iowa St. really hasn't played anyone this non-conference and the losses to Drake and Hawaii have them here.

12. Colorado - Losses to TCU and Stanford aren't that bad. The loss to Montana St. puts them here.

So there are your first batch of rankings. Agree with me? Think I am an idiot and have teams overrated or underrated? Let me know what your rankings are.