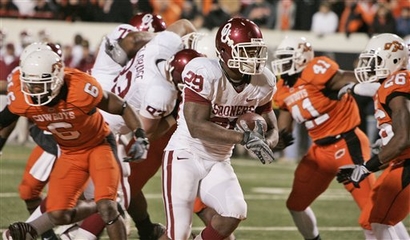 Wow! What an amazing game. had to earn their points tonight and that is a huge statement for the opponent. I believe that the Cowboys are every bit worthy of their top 15 ranking and shouldn’t fall too far after a 20 point loss at home. On the other hand showed that they are one of the best teams in the country by winning a big game on the road which is something that neither nor Texas Tech can claim. As I say that it is important that we don’t lose the value of this win by tainting it with the BCS talk. It is relevant to the cause but I pointed out the road win simply because it is a major accomplishment for this team because no one seems to win road games against ranked teams in the Big 12.

Here are a few other thoughts…