Share All sharing options for: Stephen Curry Is A Baller! Sooners Survive Davidson 82-78 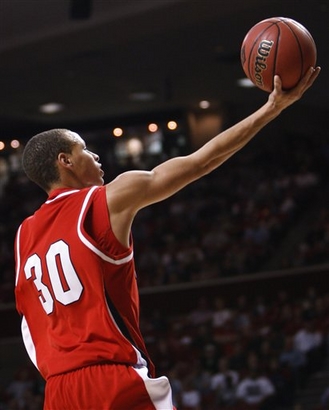 Curry Dropped 44 points on the Sooners in a losing effort

Oklahoma has advanced to the semi final round of the NIT with a four point win over the Davidson Wildcats but unlike the first two games of the season this one didn’t come easy. The Sooners seemed to be in control after a 23-4 run but Stephen Curry battled his team back before finally succumbing 82-78.

It took both and to overcome the damage that Curry caused but their combined 45 points were just enough.

What Could Have Cost The Game

Update: UAB upset 72-71 and will face the Sooners in the next round.