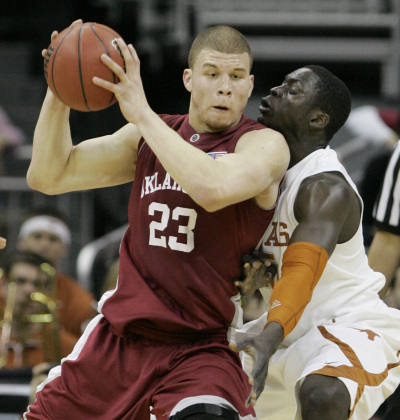 As and prepare for battle on the gridiron this weekend the two schools have been battling it out in the preseason basketball poll among the conference coaches. received more first place votes than but the Sooners received two more total points than the Longhorns making them the preseason favorite to win the Big 12. This is the first time in the history of the Big 12 that the Sooners have been selected to win.

Eleven points were awarded for first place, 10 for second, etc.
Coaches are not permitted to vote for their own team.