Share All sharing options for: Sooners Run Past Baylor 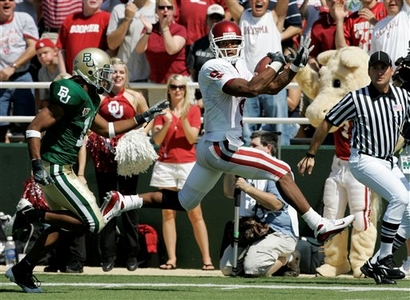 jumped out to a 28-0 first quarter lead over the Bears and then cruised to a 49-17 win. Sam Bradford completed 23-31 passes for 371 yards and 2 touchdowns. He also ran for a score and went another game without being sacked.

Baylor’s Robert Griffin ran for over 100 yards against but the Sooner defense took away his passing game by only allowing him 78 passing yards. completed just 10 of his 25 pass attempts.

More to come later but for now enjoy the win!