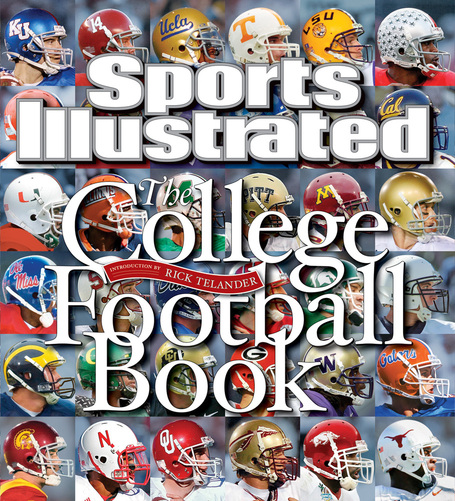 Putting together a list of college football’s all-time greatest players is a tall order but when you add to it the factor that no school can have more than one player on the team then you create a unique situation for debates to go on and on. “We anguished over the selections for about a month” said Dave Sabino who was the administrator for the project found in Sports Illustrated’s newest work, The College Football Book.

The book itself is a collection of photos, stories and information from the earliest days of college football to the 2007 season. In the middle of the book you find SI’s All-Time College All-Stars in which they outline the 26 best college players of all-time by position. Anchoring the defensive line is ’s Lee Roy Selmon who was the top vote getter at defensive tackle.

Obviously the process wasn’t easy and according to Sabino it was also tedious. “We sent two dozen voters a list of hundreds of players and asked them, ‘Who must be on this team?’” From there they entered the second task of selecting just one player from each school and finally narrowing it down to the final team. Other notable Sooners who received votes but didn’t make the final cut were Billy Simms, Brian Bosworth and Roy Williams. The Boz finished among the Top 10 in linebackers just behind ’s Ray Lewis.

When asked who his favorite member of the All-Time squad was Sabino didn’t hesitate, “Jim Brown.” Of course he also admitted that he was a Syracuse Alum and took pride in the fact that Brown received the most votes of any player on the team. What about the most difficult selection made during the process? “The toughest decision we made was selecting Red Grange over Dick Butkus.”

In addition to overseeing the All-Time College All-Stars, Dave Sabino put together the All Decade Teams that are found throughout the book. I asked him which of those units he’d most like to roam the sidelines on, and he chose the pre-1920’s. Despite growing up in the era of the `70’s and `80’s Sabino chose this era because, “the game would be so different than I know it. It was the purest football - various formations and trickeries and tough guys.”

A big thanks goes to Dave Sabino for visiting with me for a little while and congratulations on a great piece of work with this book. You can pick up The College Football Book at Barnes & Noble, Amazon and SI.com.