Baylor Offensive Tackle Calls A Win For The Bears Over The Sooners. Wait What?

Share All sharing options for: Baylor Offensive Tackle Calls A Win For The Bears Over The Sooners. Wait What? 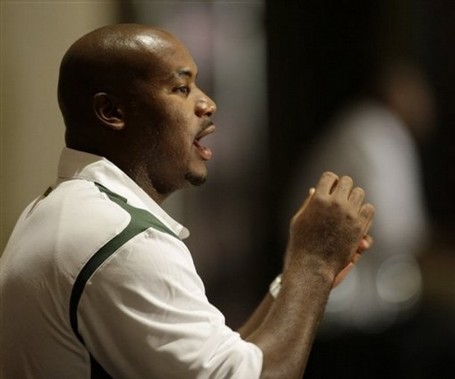 Well here is why. Our new friend Jason Smith guaranteed a win over the Sooners this weekend. Read that again. A Baylor Bear guaranteed a victory, in football, over the Oklahoma Sooners.

"This win that we’re going to get over OU will get us on the right track."

Now when asked to clarify what he meant by that Mr. Smith did a little backtracking.

"I don’t make guarantees. I just play the game of football. We’ve trained for this moment since the new coaches got here. We have our goals and they’re in the way."

Now for those of you unfamiliar with the brief history of the Baylor/Oklahoma series, the Sooners are 17-0 all time against the Bears. The closest game of the series was in 2005 when the Bomar led Sooners won a wild game in Norman in OT.

Last week showed us that anyone can beat anyone on any given Saturday but Mr. Smith, you made a very foolish mistake in giving the Sooners some motivation.

I for one was a little worried about this game on Saturday because of the Baylor QB and the fact that Bradford hasn't played great on the road, sans Washington and the Big 12 title game last year. Plus with next week being a match up of two top 5 teams in Dallas, the Sooners might have thought to look ahead of the Bears.

Well not now thanks to Mr. Smith.

So thank you Mr. Smith for giving our Sooners some motivation and allowing them to focus on the Bears instead of possibly looking ahead to Texas.