Share All sharing options for: The Big 12 Fan Guide to Oklahoma City

The Big 12 basketball tournament is now less than 24 hours from tipping off. Driving around the city tonight there was a noticeable increase in out of state vehicles. So for all of you that have already or will be arriving to my home city to watch the tournaments let me welcome you and give you a quick tour. 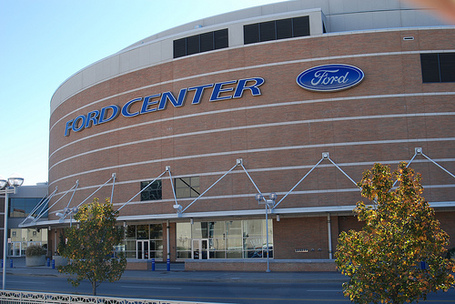 The Ford Center where the men's tournament is hosted. It is home to the Oklahoma City Thunder of the NBA. You'll find it located just off I-40 and is easily within walking distance of several downtown hotels and restaurants. If you wanted to you could stay downtown and never have to drive to see the game or to get food. There are several entertainment options within walking distance of the Ford Center as well.

As far as the arena itself goes it is a great one, except for the fact that the seats leave you little foot room especially if you have long legs. But you're supposed to stand anyway to watch your team, unless of course you are a Colorado or Texas Tech fan in which it is fully acceptable to show up with a paper sack over your head and sit in the corner. 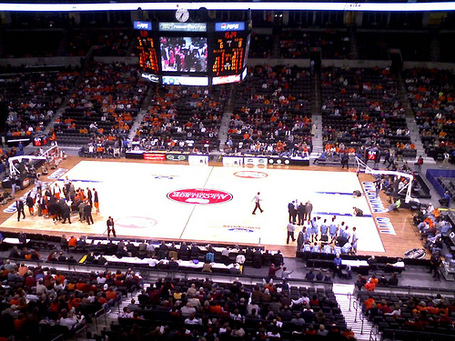 Even from the upper level of the Ford Center the view is good.

There isn't a bad seat in the Ford Center. If you are sitting in the lower level you can almost be right on top of the action. If you are in the upper level you most likely won't need binoculars. 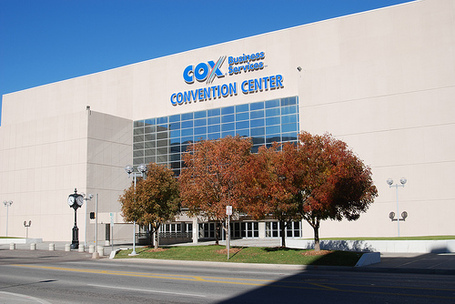 Located directly across the street from the Ford Center the Cox Convention Center isn't as state of the art as the newer Ford Center but it still provides a great atmosphere for watching basketball and is in the same proximity as the Ford Center to local attractions.

Like I said earlier there are several places to stay in downtown Oklahoma City within walking distance from the Ford Center. The Courtyard is literally next door. However, if you haven't already made your reservations you most likely won't get one and if you do it'll cost you an arm and a leg plus your first born child.

If you can't stay downtown then the next two most likely choices for you would be NW OKC or just south of OKC in Moore both are 15-20 minute drives from downtown. Warning: Anyone coming from Austin, if you stay in Moore you'll be extremely close to Norman.

When not watching basketball, Bricktown is where you'll want to be. Located just east of the Ford Center Bricktown offers all the entertainment and dining you could want. Here's a quick rundown of the food options. 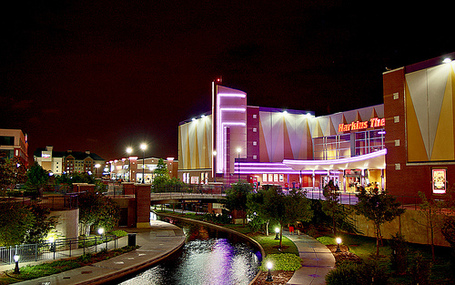